DSL stands for Digital Subscriber Line and refers to a high-speed internet technology offered over telephone lines by Internet Service Providers. It belongs to a category of technologies that enable broadband internet access, along with the internet services offered over cable or fibre optic. The last two are considered to be faster, but DSL is one of the most popular ways of connecting to the internet worldwide. ‘What does DSL mean?’ is the question we’re going to answer to today in a detailed, but accessible manner. 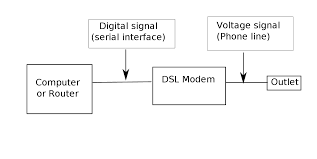 What Does DSL Mean? – DSL Technology

This technology practically enables fast internet access through the same lines we use for phone calls, which can be performed at the same time. The difference is that DSL uses a higher frequency than the analogue telephone line.

For instance, when we make a phone call the voice signal is transmitted through low frequencies, from 0Hz to 4 kHz. At the same time, digital signals are transmitted by DSL through a higher frequency range, which is between 25 kHz to 1.5 MHz.

The highest audible frequency humans hear is 20 kHz. As DSL’s lowest range of frequencies can interfere with phone’s highest frequency range, DSL’s signals are filtered by means of DLS filters or splitters in order not to have damaging effects on phone conversations.

DSL technology is used in reference to SDSL and ADSL which are both data communications technologies. Mainly, there are two ways Digital Subscriber Line operates: symmetrically and asymmetrically.

Through Symmetric DSL there is an equal speed provided for both downloading and uploading data which translates into even upstream and downstream frequencies and speed. Another disadvantage of using SDSL is the fact that this technology supports data over a single line and does not support analog calls.

SDSL cannot function together with a voice service and cannot guarantee high performance.

If your internet access is provided through ADSL, as a user you can download more data than you upload, which would be impossible in case of SDSL technology.

What is more, with ADSL downstream speed becomes faster. For instance, while SDSL connection allows, let’s say, 5 Mbps for both upstream and downstream, ADSL may allow 50 Mbps for downloading data and 1 Mbps for uploading data.

If you are interested in how DSL connects you to the internet, there are a few things to consider.

First, from a logistics viewpoint, internet access through DSL is enabled by Internet Service Providers (ISP). In order to connect to the internet, you need to find and contract an ISP. As DSL signals have a limited range, it is advisable to choose an IPS closer to your location.

Second, from a technical point of view, internet access over phone lines is enabled by means of three pieces of equipment – DSLAM, DSL filter and DSL modem.

What Does DSLAM Mean?

DSLAM stands for Digital Subscriber Line Access Multiplex and is used to connect both the telephone and internet services to the same line. DSLAM is a huge mechanism that terminates and aggregates DSL circuits. It is a data switch and a collection of modems that can link the DSL connections of an entire neighbourhood to a single Asynchronous Transfer Mode line. 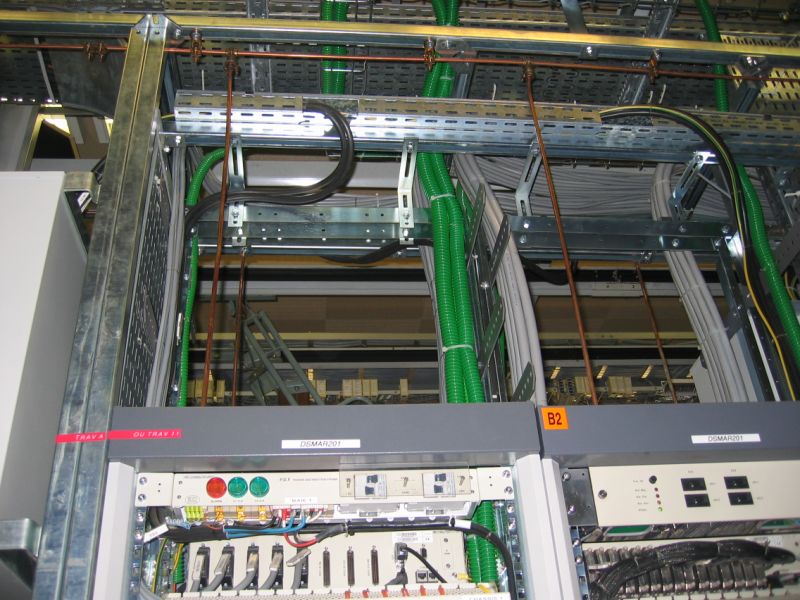 The DSLAM equipment collects data from modem ports through multiplexing. Multiplexing refers to a method by which digital data streams are combined into one signal over a shared medium. Multiplexing is what makes multiple phone calls and internet access possible over the same line.

As already mentioned above, the DSL filter is used to make sure DSL signals do not affect phone conversations. The filter or splitter is thus used to separate the voice component from the digital signals received over the line. 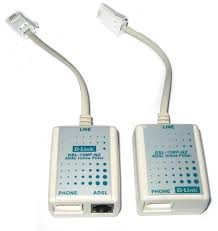 Without this equipment phone frequencies and DSL frequencies may interfere and lower the performance of both services, resulting in line noise, annoying echo and deficient internet connection.

DSL filters are connected to the landline phone and they do not require a power source to function. However, some of the more pricey filters may have active transistors which help refine the signal.

Once you have contracted an ISP, you will be given a DSL modem. These devices are usually designed so that they can be easily installed by customers. That is why they come with a CD containing an installation program. 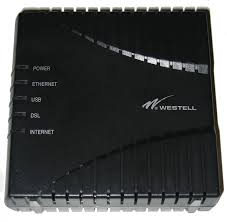 The DSL modem can be connected to a router or directly to your PC. Nowadays, you can find DSL modems which have built-in wireless routers, which means you can connect to your DSL modem through Wi-Fi technology.

What a DSL modem does is practically connect our PC to the phone line which enables your internet access through a DSL service.

In order to see if you have successfully connected to the telephone line and to the internet, the modem has a series of LED status lights you can check. If everything is working properly, these will turn green once the DSL link is initialized.

Why Do Alarm Clocks Give You 9 Minutes of Snooze Instead of 10?

Productive Ways to Spend Time on the Internet

How to Manage an Effective Warehouse
Previous Post: « Can Lack of Sleep Affect Cognitive Thinking?
Next Post: What is a Vegan? »