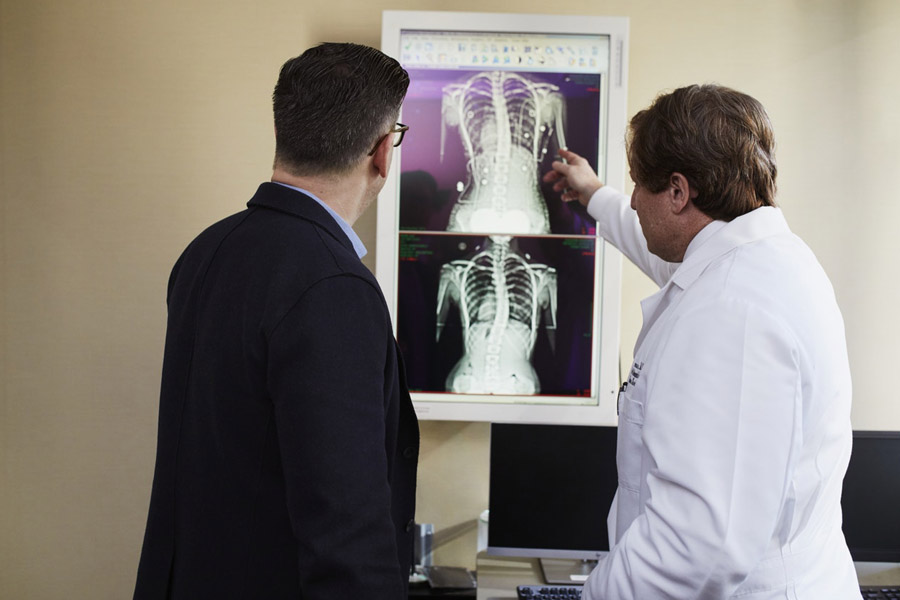 It’s that time again — you’re having aches and pains and need to go to the doctor. But which doctor should you see? It’s always good to understand the differences between subfields of medicine, such as podiatry vs. orthopedics.

Basically, if you want to understand the difference between podiatry and orthopedics, you should understand more about what each of these doctors does. There is some overlap for sure, but there are many significant differences as well. After all, they are two different specialties.

They’re both qualified to treat a lot of the same conditions, although there are a few situations where one or the other would be the better choice.

Any doctor will be able to give you general medical advice. But as you know for any problem, it’s better to go to a specialist in that field. That’s why it is always good to know which doctor can best tackle your problem.

It’s also why learning about podiatry vs. orthopedics will be worth your time.

What Does a Podiatrist Do?

Podiatry is the treatment of disorders of the ankle and foot. This branch of medicine focuses almost exclusively on the ankle and foot, although podiatrists can also treat conditions on related parts of the leg.

Podiatrists don’t receive the same medical education as any other doctor. However, they do have extensive knowledge of the anatomy and physiology of the entire human body.

To become a podiatrist, one needs to go through a four-year postgraduate training program. However, it’s a Doctor of Podiatric Medicine (DPM), not a Medical Doctor (MD) or a Doctor of Osteopathic Medicine (DO), as a physician would have.

Podiatrists are doctors, but not physicians. The DPM that they receive does not allow them to pursue a residency in any other area of medicine once they’re finished.

Once podiatrists are in practice, they’re only able to treat issues that have to do with ankles and feet, as well as related parts of the leg in some cases. They’re not licensed to provide other types of medical care.

However, that’s not to say a podiatrist can’t give you the same amount of help that a physician could for a foot problem. Their residency training typically lasts for three years.

Once they are done, they’re able to perform a wide variety of treatments. These treatments include surgeries, and podiatrists can specialize in different areas of foot care.

Podiatrists can provide a wide array of treatments. These include non-invasive shoe inserts, orthotics, surgical procedures, and preventive foot care for diabetic patients.

What Does an Orthopedic Surgeon Do?

An orthopedist, or orthopedic surgeon, has a variety of different functions. This individual can examine, diagnose, and treat injuries and diseases of the musculoskeletal system. They work with bones, muscles, nerves, joints, tendons, and ligaments.

The majority of orthopedists practice in general orthopedics, but there are also many who will specialize in specific areas of the body.

Many orthopedic surgeons become specialized in areas such as the hand and wrist, spine, knees, and feet/ankles. Some orthopedists also specialize in specific types of patients. They focus on areas such as pediatrics, rehabilitation, and sports medicine.

An orthopedic surgeon is a medical doctor. Just like any other physician who has an MD or DO, they must go to medical school. Then, they have to complete an orthopedic surgery residency in a hospital that will last for four to five years.

To practice, they must pass the United States Medical Licensing Examination. After they finish their residencies, they also have to pass an exam administered by the American Board of Orthopedic Surgery.

That’s so they can be certified in their area of surgery, although they will need to re-certify every 7 to 10 years.

Podiatry vs. Orthopedics: Comparing and Contrasting 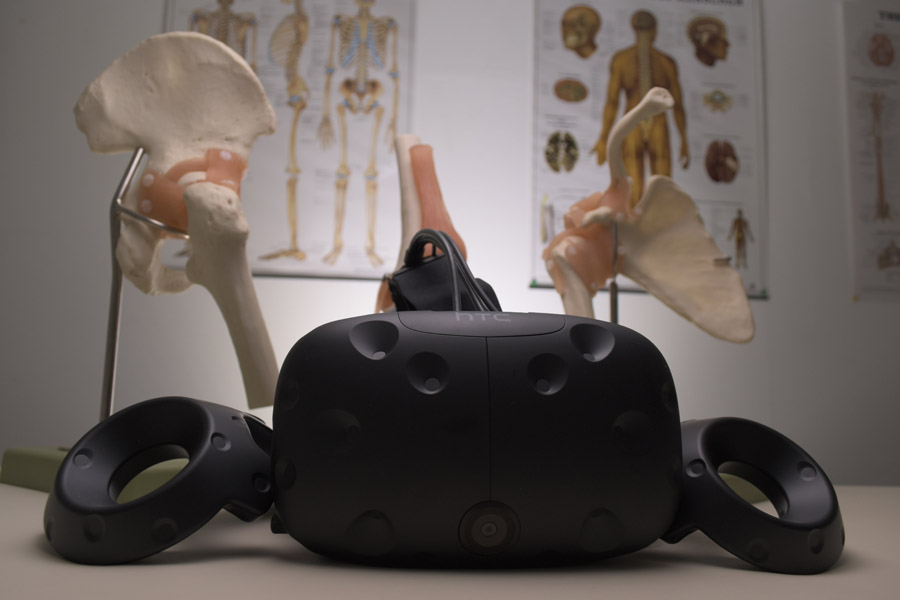 If you’re going to choose between a podiatrist and an orthopedic surgeon, it’ll help to know more about these two types of doctors. A closer look at podiatry vs. orthopedics will be instrumental in your choice.

This is how they’re alike

You should be aware that many healthcare providers evaluate and treat conditions that have to do with the feet. These include both podiatrists and orthopedic surgeons.

For many conditions, the question of podiatry vs. orthopedics has more to do with the doctor who makes you feel more comfortable as an individual.

There is a lot of overlap when it comes to the training in podiatry vs. orthopedics. Podiatrists do receive medical training, including specialized training on the lower legs, ankles, and feet.

They also receive a thorough education in proper foot balance and biomechanics, making them more than qualified to offer a variety of braces, orthotics, and custom shoes when needed — just like orthopedic surgeons.

Podiatrists and orthopedic surgeons will often treat their patients using the same techniques when it comes to problems of the foot and ankle.

That is especially true if you’re comparing podiatrists with orthopedic surgeons who specialize in the foot and ankle. Although they don’t hold the same title, their training and expertise are similar.

This is how they’re not so alike

Of course, the training of a podiatrist and an orthopedic surgeon is very different. Even though there is a lot of overlap when it comes to treatments, a podiatrist is not a medical physician.

While an orthopedist goes to medical school, a podiatrist attends an accredited podiatric medical school then goes into a three to four-year residency program focusing on foot and ankle surgery.

Podiatrists can only treat conditions of the ankles, feet, and related lower leg parts.

Orthopedic surgeons have a stronger background in general medicine, but they’ve likely spent less time learning specifically about the ankles and feet. That said, some orthopedic surgeons specialize in foot problems, so their skill set is similar to the podiatrist.

Which Doctor Should I Choose? 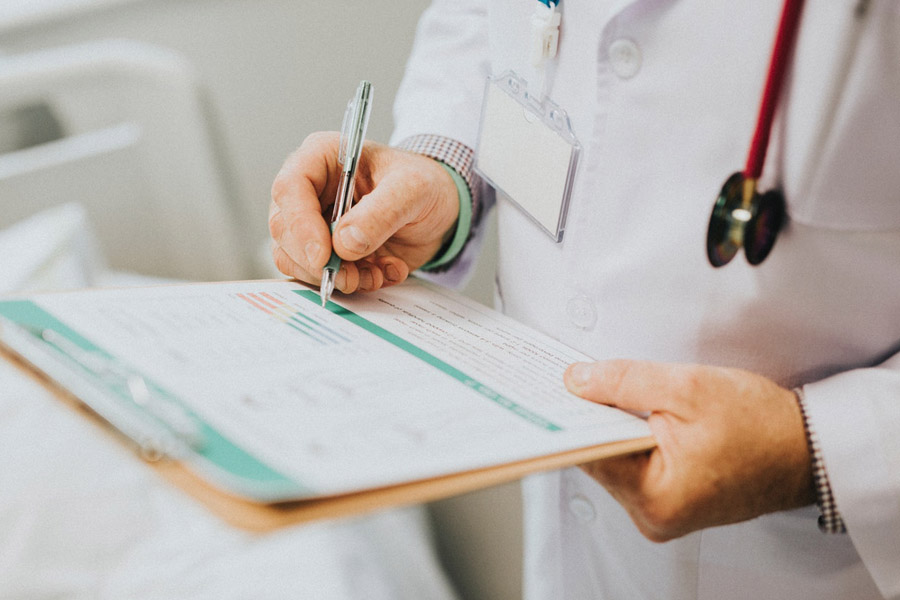 There is so much overlap when it comes to podiatry vs. orthopedics. However, there are situations where you might prefer one over the other.

For example, because orthopedists have the training to treat the entire body, they’d be the better choice when your foot or ankle problems originate from issues in your lower back or hip.

Of course, you can’t necessarily tell the origin of your pain, so this can be hard to determine. An exception may be an old hip injury that also caused foot pain if you’re feeling identical symptoms now.

On the other hand, podiatrists have spent more time studying the feet and only the feet. Because of this, they may have more knowledge of problems that only have to do with your feet.

Next time you have a problem with your foot or ankle, you should ask yourself certain questions. Does it involve any other parts of your body? Do you want surgery, or do you see surgery as a last resort? A lot of this is entirely up to you and what you feel is the best choice in your life.

Both a podiatrist and an orthopedic surgeon who specializes in the ankles and feet have the knowledge to help you.

In some cases, podiatrists will refer you to orthopedists (or vice versa) if they feel that the other specialty can address your problem more comprehensively. After all, they have been through similar training, despite the different titles and degrees.

Plus, they’ll likely utilize the same equipment to treat you.

What you don’t want to do, however, is choose a general orthopedic surgeon to treat your ankle or foot problem. A general orthopedist will be more likely to have strong knowledge on the hips, knees, and shoulders, rather than the foot and ankle.

Now That You Can Choose the Right Doctor

In many cases, the choice of podiatry vs. orthopedics doesn’t matter that much. That’s because both types of doctors would be able to give you equally good care.

Our best advice? Think about your own situation and whether or not one would be better than the other based on your symptoms and the information above.

You can’t always know based on your symptoms alone, but understanding more about podiatry vs. orthopedics can allow you to make a more educated guess at the very least.

What do you think of everything you’ve just learned about podiatry vs. orthopedics? Share your opinions and insights in the comments section!

How Much Does a Doctor Make? + Infographic

Neurosurgeon Salary: How Much Do Medical Professionals Earn?

What Does A Physician Assistant Do?

How Much Does LASIK Cost?
Previous Post: « What Are Cufflinks: Our Comprehensive Guide
Next Post: Best Food Dehydrator You Can Buy Right Now »