There are few things as heavenly as a tasty slice of pizza. This delicious dish gained a lot of popularity ever since it was invented. Nowadays, most people eat pizza, whether they do it alone, with their families, friends, colleagues, and so on. Sometimes, pizza is the perfect excuse to take a break and socialize while enjoying a delicious Italian meal. Since pizza is such a common dish nowadays, some people wonder whom we have to thank for inventing such an amazing treat. Have you ever wondered who invented pizza? According to many, this Italian dish was first made in Naples by Raffaele Esposito. Is that really true? This is what we’re going to find out in today’s article. 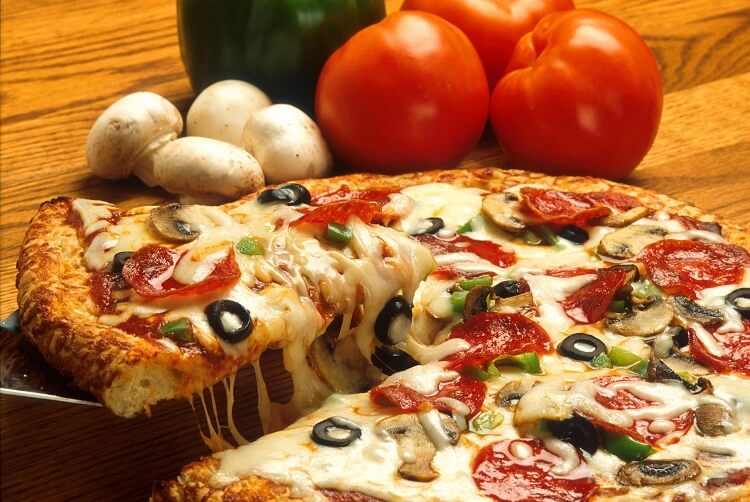 Who Invented Pizza? A Brief History

There are many different pizza types out there, from simple ones to ones that are full of ingredients. Even if this is true today, when it was first created, pizza didn’t contain that many ingredients. In fact, it was considered to be more of a meal for the poor, containing only tomato sauce, basil, and mozzarella cheese. This type of pizza was later named Margherita, in honor of Margherita of Savoy, who was the Queen Consort of Italy. But who invented it?

This is a question a lot of people are asking, and with good reason. After all, almost every country in the world eats pizza nowadays. A historian called Giuseppe Nocca, who works at the Alberghiero di Formia Institute, claims that Italians were in fact the ones who created pizza, but not in the region of Naples, as it was originally thought. Nocca seems to believe that pizza was first made about 50 miles from Naples, in the Gaeta region. Needless to say, the Naples people weren’t pleased to hear that. They continue to state that we should credit Raffaele Esposito, a Naples baker, with creating the original pizza pie.

Who Was Raffaele Esposito?

Raffaele Esposito was the owner of an Italian tavern called Pizzeria di Pietro e Basta Cosi. You could find this tavern in Naples in the nineteenth century. At that time, the pizza we know today as Margherita did exist, but it wasn’t known as such, and was still consumed only by the poor.  When Esposito had to prepare this dish for Queen Margherita, he used mozzarella cheese, tomatoes, and basil in order to reproduce the colors on the Italian flag. The queen, who had never eaten such a thing before, loved the dish. Raffaele Esposito used this to his advantage and became the most popular pizza-maker in Naples. People believe that this event is what made pizza so popular and turned Raffaele Esposito into the father of modern pizza.

How Did Pizza Arrive in The United States?

Immigrants from Italy were the ones who brought pizza to the United States. This happened at the dawn of the twentieth century. Gennaro Lombari, a grocer, is said to have opened the first pizza place in America, in 1905, in New York. In the 1930s, he added chairs and tables to his establishment, and created a proper pizzeria. Despite several earlier attempts, pizza became a true American favorite in the 1950s. That’s the moment when this dish gained a lot of popularity outside of the Italian-American community. 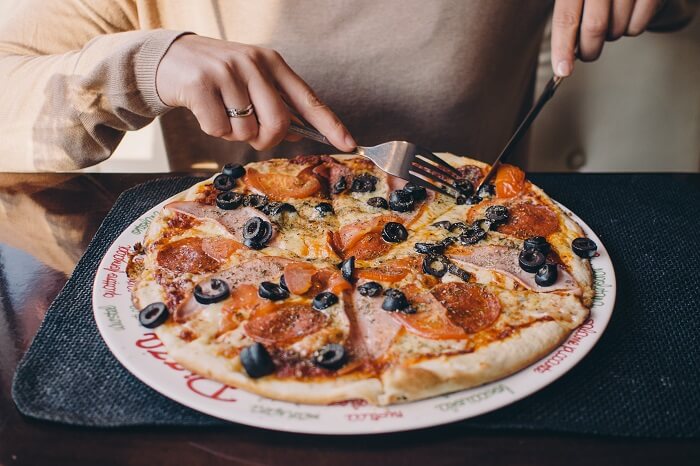 Ever since it was created, pizza has never stopped reinventing itself. Nowadays, it comes in a wide range of tastes, forms, and versions. For example, one of the most popular pizza types nowadays is the stuffed crust pizza. This type of pizza gained a lot of popularity as soon as it was first offered to the public. If you’re wondering who did this, that’s another issue surrounded by controversy. However, most people agree that it is Pizza Hut whom we have to thank for bringing stuffed crust pizza into our lives.

More precisely, it is Chaz Romano who first thought of combining a simple breadstick and cheese. When he was 24 years old, he stuffed a leftover Olive Garden breadstick with string cheese and warmed it up in the microwave. Pizza Hut was the first to serve this dish to its clients, after buying the rights to this idea from Romano.

Bringing It All Together

The answer to the question of who invented pizza depends on your definition of pizza. Some pizza varieties (if we can call them that) go way back to Ancient times. For instance, many peoples such as Greeks, Italians, Egyptians, and Israelites prepared flat bread recipes. It’s true, however, that pizza as we know it today was created in modern times. Another thing we can safely state is that modern pizza was created in Italy. Even if we can’t be 100 percent sure of who invented it and in what region, one thing’s for sure, and that’s the fact that we can now enjoy tasty slices of pizza thanks to the Italians.

Why Do Tequila Bottles Have Worms in Them?
Previous Post: « What Do Ex Sports Stars Go On To Do?
Next Post: Justin Bieber Net Worth – How Rich Is He? »