Home Jobs & Education How Much Do Electrical Engineers Make? 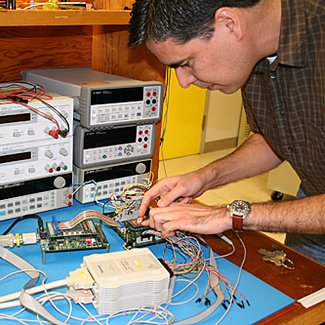 Most electrical engineers work indoors within offices to conduct their research, but many will travel to various sites to observe a pieces of complex equipment firsthand. Electrical engineers often work full-time hours, though it is not uncommon for them to work long overtime hours in certain industries.

Job Outlook
Employment for electrical engineers is predicted to grow much slower than the national average for other professions at a rate of 6 percent, which will result in the creation of just 10,700 new jobs before 2020. While slight job growth is expected because of electrical engineers’ versatility at developing the advancing technologies, growth will be slowed considerably by the decline of the manufacturing sector that they are employed in. The largest amount of growth will mostly occur in computer systems design and wireless telecommunications to keep up with the powerful trend for mobile electronic devices.

What Does An Electrical Engineer Do?

How Much Does a Nutritionist Make in 2018?

Nutritionists are experts in all things food and nutrition in order to advise individuals on what to eat for the...