With heated conflicts raging on every continent, a thriving global arms trade, and numerous terrorist groups active around the planet, today’s world is more violent than it’s ever been. Much of the escalating violence of modern times plays out in cities, where population density collides with war, poverty, crime, drug violence and gang warfare.

Every city has its share of violence, but what is the worst one? It depends on how you measure ‘dangerous,’ of course, but there are several candidates that might be considered for this year’s title. Here are 3 front-runners that are shaping up to claim this disturbing distinction for 2014.

If you go by murder rates, you will find the world’s most dangerous city in the Northern Triangle of Central America. Honduras, El Salvador and Guatemala together feature the highest number of violent deaths on the planet. In particular, the northwestern city of San Pedro Sula in Honduras topped 2013 lists as the most dangerous city in the world with a reported murder rate of 173 per 100,000.

Honduras, like its neighbors El Salvador and Guatemala, emerged from Cold War military dictatorships with little resolved. Since the ’90s, gang and drug violence have proliferated. Now, armed gangs called ‘maras’ control the Honduran prison system, and San Pedro Sula is awash in crime spread by competing drug traffickers who regularly do battle with the military. Amid the violence, civilians have few options for security, much less prosperity.

Like other penitentiaries in Honduras, the San Pedro Sula prison has a higher murder rate than the surrounding city. There is no worse place to be in town than the prison, which is run by the inmates themselves. Authorities have fled from the institution’s ongoing turf war. The complex is the site of beheadings, riots, fires, and a bizarre ad hoc economy to perpetuate the whole thing.

Last month, a reporter for El Faro noted, “There is no way to avoid the odd death. There is probably no interest in avoiding the odd death.”

A new Honduran president, Juan Orlando Hernandez, took power in the beginning of 2014 and immediately ordered security forces into the streets of San Pedro Sula and other cities to wipe out crime. The new initiative will likely provoke more urban violence before it makes any progress, so 2014 promises to be another year of bloodshed in the notorious murder capital of the world. 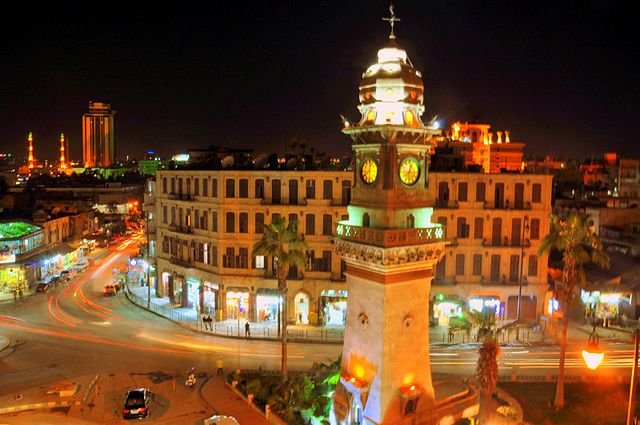 Violence in Mexico and Central America is endemic and still escalating, but the Northern Triangle is not technically at war. Many people would point out that the most dangerous city on the planet is probably in a true war zone, such as Afghanistan or the Democratic Republic of Congo. This very well may be the case. The problem is that it’s quite difficult to specify how many people are actually assaulted or killed during an ongoing conflict. Still, peripheral evidence might point us in the right direction.

For example, the tragedies that have occurred in Syria and its largest city Aleppo are ghastly and include mass executions and chemical assaults. The people have endured regular military sieges by their own government, led by Bashar al-Assad, as well as incursions by foreign terrorist groups. A third of the population has exited the country.

In December 2013, the British-based, pro-opposition Syrian Observatory for Human Rights said the death toll in the conflict exceeds 125,000 out of a national population of about 22 million, not counting government fighters. That makes an estimated crude death rate of nearly 560 per 100,000—more than three times the simmering murder rate of San Pedro Sula. Although the death toll in Syria’s most populous city isn’t known, Aleppo has been a major hotspot in the conflict and has endured some of the worst violence.

So far in 2014, Aleppo has suffered suicide bombings, prominent assassinations, and a ruthless daily ‘barrel bomb’ campaign by the government that has earned international censure. The ancient city has seen ‘raining death’ as bombings steal away hundreds of lives at a time. Each day, oil drums full of TNT and shrapnel are dropped from helicopters flying overhead, making battered Aleppo a competitive candidate for the most dangerous city in 2014. 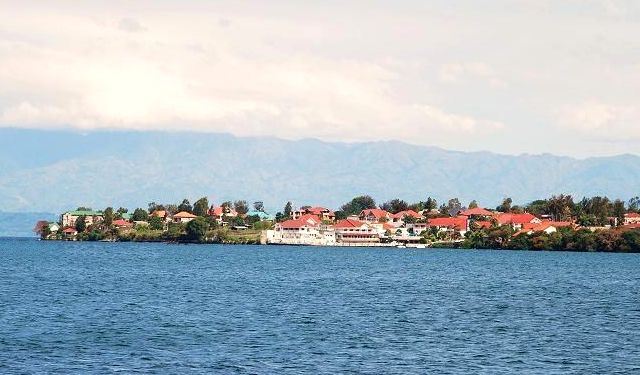 Known as the bloodiest war since WWII, the death toll of the regional conflict in the Democratic Republic of Congo (DRC) exceeds 5.4 million people since it began in 1996. This insanely brutal war pits armed militias, outside states, a UN-backed government, and budding genocidarians against one another in an unending stalemate. Much of the violence has concentrated in the city of Goma.

Home to a million poor people and a small group of gold- and diamond-enriched elites, the capital of North Kivu province has been a flashpoint throughout the Congolese war. Goma has endured massive waves of violence and crime for more than two decades. Criminals routinely pose as police, gangs control whole neighborhoods, children are often kidnapped for enlistment as soldiers, and terrorist threats are common. Hunger and disease are rampant and sexual assault is epidemic.

To top it all off, the city is also the world’s most vulnerable to volcanic eruption. Lying at the feet of Africa’s most active volcanoes, Goma was nearly completely destroyed in 2002 by one, and experts believe the next one may erupt right through the city center. Meanwhile, lethal pockets of carbon dioxide and methane from an explosive lake nearby are known to periodically asphyxiate residents of the city without warning.

“Goma is the most dangerous city in the world,” says Dario Tedesco, a UN safety expert who has spent 15 years studying Mt. Nyiragongo, the nearest active volcano.

Goma was seized in 2012 by ‘M23,’ an armed militia known to kill and rape civilians. In 2014, there has already been mob violence, a mass execution-by-machete of at least 70 residents, and frightening plumes of gas rising from the top of Mt. Nyiragongo, making Goma a viable candidate for the world’s most dangerous city in 2014.

What Are the Top Historic Homes for Sale in 2014?

What Does A Forensic Scientist Do?
Previous Post: « Why Were The Pyramids Built?
Next Post: What Is The Ring Around The Rosie Meaning? »