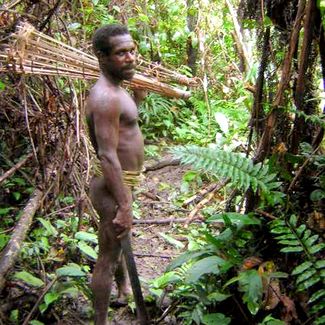 In earlier centuries, there were cultures that practiced cannibalism as either a religious ritual or as a means for survival. Most of these cultures were located in parts of Africa, South America and island cultures found in places like New Guinea and Fiji. Over the years, the practice of cannibalism has all but vanished. However, the question remains: Are There Any Cultures That Still Practice Cannibalism?

Why Did Cannibalism Fall Out of Favor?
Most cultures that practiced cannibalism were usually found in jungle areas in third world countries. To them, cannibalism was normal. After all, they had never been shown another way. As settlers and archeologists searched out these “stone-age” cultures, they brought civilization with them. The cannibal tribes were taught about the laws and morals denouncing the practice. Also, local governments became aware of the existence of these cultures and began cracking down on their illegal practices forcing these cultures to integrate with normal society. Finally, some of this cultures simply became extinct due to famine, war or attrition.

The Korowai Tribe
The Korowai tribe hails from the southern regions of Indonesian New Guinea. It is estimated the tribe has about 4,000 members. This primitive tribe is quite resourceful using the natural foliage to build their housing in the trees. Some tribesmen have left the trees and are beginning to relocate into some of the Dutch settlement areas. The Korowai are also one of the last known cultures to practice cannibalism.

Why do the Korowai Continue the Practice?
For the Korowai, cannibalism is a ritual made necessary by the need for revenge. They are seeking revenge against a demon called the khakhua. When a relative or close friend dies unexpectedly, they believe his or her body was devoured by khakhua. To exact revenge for khakhua’s actions, they in turn devour the deceased person’s body. To them, it is no longer a human. It is actually the body of khakhua they are eating. This is their system of justice for killing one of their own.

Facts About the Korowai Brand of Cannibalism
It should be noted that this practice is becoming rare. Children never partake in the practice of cannibalism. If a child dies, there body will not fall victim to this ritual until they have reached puberty. If a body is consumed, all parts would be eaten except for bones, teeth, genitals, hair and nails. At some point, it is expected the Korowai will cease this practice. The tribe is shrinking due to attrition and they are becoming increasingly more social which usually signals the end of many cultural rituals.

Are There Any Other Forms of Cannibalism?
If cannibalism is taking place anywhere else in the world, it is considered illegal. There are individuals who still practice cannibalism, but they are usually acting out a sadomasochistic sexual fantasy or must resort to cannibalism out of extreme necessity. Most reported cases of cannibalism relate to serial killers or individuals on the brink of absolute starvation.

While there are still unexplored regions of the world, it is possible that there still exists other cultures who practice some form of cannibalism. But for now, the Korowai are the last know organized culture to practice this ritual.

What Is the Longest Word in the English Language?
Previous Post: « How Many Steps In A Mile?
Next Post: What’s The Most Expensive House In The World? »