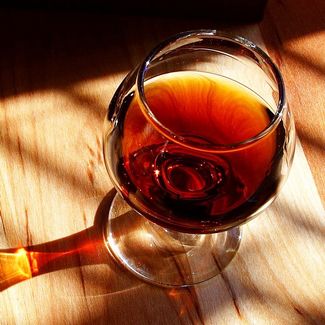 Today, close to 15% of people consume a glass of alcohol to help them get good sleep. It’s become a ritual for millions of individuals to consume a glass of wine before bedtime. It’s a ritual of sorts that’s been passed down for generations and doesn’t seem to be dying any time soon.

Effects Of Alcohol Before Bedtime
What happens when you consume a glass of alcohol before you sleep is that it acts as a muscle relaxant, giving you deep sleep during the first half of your sleep. During the second half of your sleep though, the alcohol you consumed would have been completely digested and its effects also would have run out which results in disturbed sleep during the second half. You will wake up multiple times due to this disturbed sleep and also need to rush to the bathroom because of the alcohol multiple times.

Besides the disturbed sleep, alcohol is known to give people breathing difficulties, problems with snoring, headaches and even insomnia at times. Alcohol also tends to over-relax your throat muscles, more than usual, which can lead to problems and even cause death potentially in very rare cases. The next morning you’re faced with even more problems as you’ll have a severe headache, dehydration and you’ll feel sleep deprived.

Another problem with alcohol consumption on a frequent basis is that your body builds up a tolerance to it when you consume it on a regular basis. When consumed daily, your body builds resistance and tolerance towards alcohol and you’ll see minimal effects from one glass of alcohol which rules out the effect of the theory then.

Verdict
So, it’s a big no-no to consume alcohol just before bedtime, especially if you tend to eat dinner late leaving little or leave no gap between dinner and bedtime. If you wish to partake in alcohol consumption you can do so by consuming your favorite drink up to three hours before bedtime. This will ensure that the alcohol gets metabolized by the time you hit the sack and you won’t feel any of the side effects of alcohol during your sleep. That puts to bed your grandmother’s theory of consuming a drink before bedtime for a good night’s sleep.

Where Do Bed Bugs Come From?
Previous Post: « Can You Really Wreck an Engine by Putting Sugar in the Gas Tank?
Next Post: What Are The Benefits Of Quitting Drinking? »