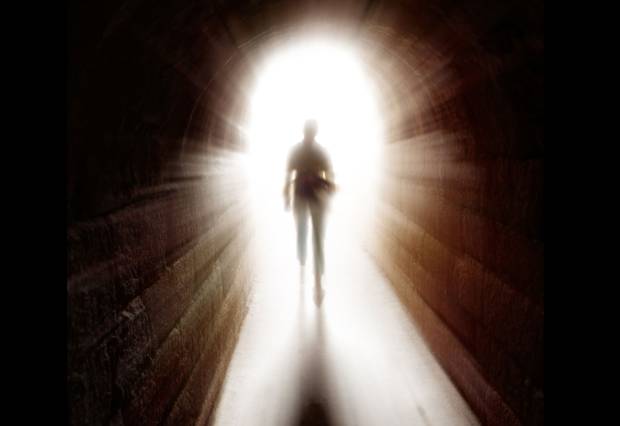 Even before man could form sentences and make fire, he’s been wondering about the afterlife, about what happens when you die. What does happen after your heart stops beating? We know that the body withers away, rots and disappears, leaving behind a bag of bones, but what about the soul? Is our soul immortal? Does it go back to where it came from? Does it enter another body? Does it even exist? Well, every religion on this earth gives a different answer to all those questions and today we’re going to take a quick look at the afterlife in different cultures and religions.

In Christianity, things are pretty straightforward when it comes to the afterlife. There is a heaven and there is a hell, you get judged based on what you did when you were alive and you go to either place. In Catholicism, you spend some time in purgatory before you are sent to heaven or hell, in Orthodoxy that decision is made at the moment you die. Naturally, the situation of how it is decided where one goes after one dies is a little bit more complicated than being a bad or a good person, but if we were to sum it up: bad people go to hell, while good people go to heaven. There is no reincarnation in Christianity, the human soul is eternal and animals don’t have a soul. Pope Francis did something amazing a while back and said that animals go to heaven, too, which is unheard of until now. Then again, every pet owner on this Earth who loves their pets know that they have a soul, and a kind one none the less.

Life in Buddhism is suffering and once you die, you either get reincarnated into a different body with a similar karma or, if you achieve Nirvana, which is the highest form of bliss and existence, you dissolve yourself and your identity into the world. Buddhism doesn’t believe in the soul that Christians or Hindus do. They believe that once you die, there are certain elements of yourself that go on if Nirvana isn’t reached, but those elements do not take the form of a soul.

Unfortunately, there is very little information about afterlife in Judaism. The Torah is very scarce with information, but there is some that might give us a little hint about the afterlife. It says that And many of them that sleep in the dust of the earth shall awake, some to everlasting life and some to reproaches and everlasting abhorrence.

So basically, if you are good, then you will live life eternal and if you are evil, you will live a an eternal life of abomination. Traditional Judaism believes in both Heaven and Hell, but what actually happens to you when you get to either place, we don’t know.

What Does Science Have to Say About Afterlife?

The results of the biggest medical study into out of body and near-death experiences have yielded some pretty interesting results that hint at the fact that awareness does indeed continue after our hearts stop beating and our brain stop functioning. The human brain shuts down completely 20-30 seconds after the heart stops beating, but the results of the study show otherwise.

The study was performed by the scientists at the University of Southampton; for four years, they examined around 2,000 people who died of cardiac arrest in the US, UK and Austria. They found that around 40% of the people who survived their cardiac arrests had some type of awareness during the time they were declared dead. Some of the people could even recall medical procedures that were performed on them, with specific details, while they were clinically dead.

This study is the largest and most important of its kinds, but there is still a long way to go before we can safely say from a scientific point of view that there is an afterlife.

What do you think happens after we die? What does your religion or your gut say about this? Drop us a line in the comment section below and share your thoughts with us.

Has Anyone Actually Broken Out of Jail Using a File Baked in a Cake?

Can You Learn How to Lucid Dream?
Previous Post: « What is the Illuminati?
Next Post: What Causes Kidney Stones? »