In this article we will take a look at some of the hardest to pronounce and understand words in the English vocabulary. In order to do so we’ve selected words which were coined in literature, have an impressive age to go along with them and that simply make us giggle while we struggle to pronounce them.

We’ve also looked at newly made words we tend to avoid, coming from various industries, for the sole purpose that these words usually refer to substances and chemicals. Therefore they have a more technical applicability. Nevertheless, for the sake of argument we will take a look at them, especially because they seem to appear everywhere. 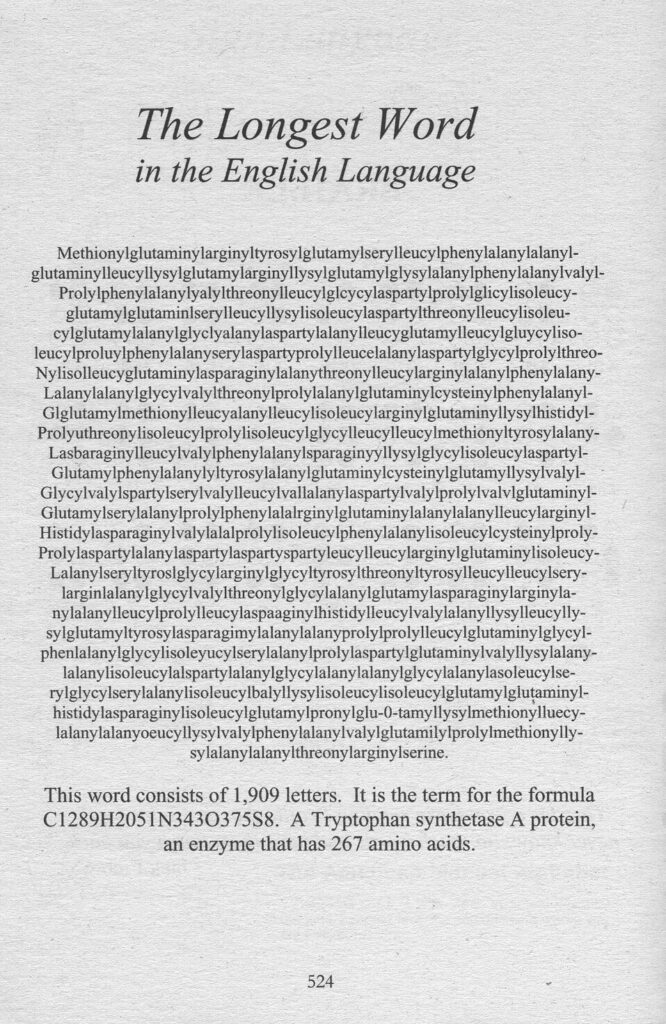 Where Is This Whole ‘Longest Word’ Debate Coming From?

A couple of years ago I was listening to a podcast, where the show hosts were arguing about the usage of the English language. At one point one of them made a stellar observation: ‘the English language does not have enough letters’.

After my initial chuckle, I listened more carefully and some of his points were actually not that bad. In essence, the English language has a serious struggle nowadays with its word count. Many businesses from all market fields dealt with some issues in the creativity department in regards to naming new products coming out.

This can be best seen in the chemical and automobile industry. Usually when we take a look at the back-label on a shampoo product for example we can immediatly notice a vast array of substances whose names we can barely pronounce.

In the auto industry the things are somewhat in the opposite direction. We can easily pronounce words, mainly because so many of them are stripped down to the bare minimum such as GTI 1.6 so on and so forth.

So why is that? Well, to put it simple, is all about creativity. We all know that a good product marketing begins with a name. But some substances, such as in the chemical industry, are not sold directly to the market; but through different products like shampoos, conditioners, you name it.

In addition to having creativity issues there is one more important factor not to be overlooked. It is said that musical languages are those that contain a large number of vowels. Alongside it, the number of letters within the alphabet is also important.

It comes as no surprise that one of the hardest languages to speak such as Welsh, is commonly know to be hard to understand for their over extensive use of consonants in their 28-letters alphabet.

So What Is the Longest Word in the English Language?

As we’ve mentioned above, technical names such as those found in the industrial chemistry sector, were generally avoided in our topic. However, we will include a few such terms mainly because they make some of the longest words ever. Nevertheless, the main focus will fall upon words included in literature or that have appeared in other publications.

Let’s begin with one word that I think most of the readers heard about: ‘Supercalifragilisticexpialidocious’. Made famous in the Mary Poppins movie, the word was created especially for the movie and musical. Hard to pronounce, especially when said fast, this word brings out the young one from within, making it a lovely part of our childhood.

The following word on our list is a technical one, coming from the field of medicine. The word ‘Pneumonoultramicroscopicsilicovolcanoconiosis’ is attributed to be the longest word in many medical dictionary. A technical term, referring to a lung disease unfortunately, the name does strike an impressive pose with its 45 characters.

Now we getting into serious business. The next word on our list will surely provoke a small headache.

The term ‘Lopadotemachoselachogaleokranioleipsanodrimhypotrimmatosilphioparaomelitokatakechymenokichlepikossyphophattoperisteralektryonoptekephalliokigklopeleiolagoiosiraiobaphetraganopterygon’ is, believe it or not, a name for a dish. Made famous by Aristophane’s comedy ‘Assemblywomen‘, the word is attributed to be the longest word coined by an author, which appeared in literature. Although not in the dictionary, the word draws its roots from a Greek transliteration of a word which bared the same meaning, a seemingly popular dish. I will not go into details about what the dish consists of but what I can say is that Guinness World Records included the name on its list in 1990 as one of the longest words to appear in literature.

And now for the king of the longest word in the English language: ‘Methionylthreonylthreonylglutaminylarginyl…isoleucine’. The word’s (if I can name it a word) 189,819 letters take about 3 and a half hours to pronounce. It was made to be the chemical name for a protein called ‘titin’. It’s not in the dictionary and there are ample disputes about whether it is a word or not. One thing is for sure however, it makes up to be longest and pain-staking word to pronounce. Wouldn’t you hate to be given this word in a spelling bee competition?

Hope our short list of most painfully to pronounce words answered to ‘what is the longest word in the English language?’. Whether you enjoy a nice chuckle with your friends in trying to pronounce it, or have a hard time including them in your chemistry school paper these words are here to stick.

For more fun facts remember to visit our World category and be sure to share with us in the comment section below your favorite or most hated long word from English the English language. Have fun spelling!

What Does a Chemical Engineer Do?

What Is the Longest Running Scripted Primetime TV Show of All Time?

What Does A Medical Transcriptionist Do?

What Does A Web Developer Do?

What Does A Technical Writer Do?