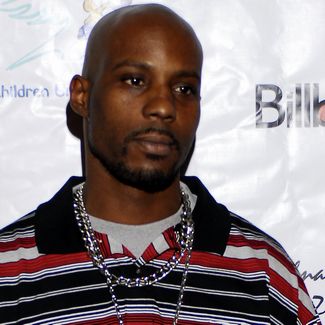 DMX, born Earl Simmons in 1970, is an American actor and rapper. His net worth is currently estimated at negative $10 million, having filed bankruptcy in the summer of 2013.

DMX started his rise to fame with the release of his best-selling album …And Then There Was X in 1999, featuring his most notable hit “Party Up (Up in Here)”. His acting credits include Romeo Must Die, Exit Wounds, Last Hour and Cradle 2 The Grave. He had his own reality TV series called DMX: Soul of a Man in 2006 and he published his memoirs in 2003, entitled E.A.R.L.: The Autobiography of DMX. With more than 30 million records sold worldwide, DMX is known as one of the best-selling rap artists in history.

Raised in Yonkers, NY, Simmons had a troubled childhood. He started his career as a beatboxer in 1988 but didn’t release his first album until 1998 with “Get at Me Dog.” He had several other albums after that and went on to win Favorite Rap/Hip-Hop Artist in 2000 at the American Music Awards. He was nominated that same year for Best Rap Video for the song “Party Up(Up In Here)” but did not win. This father to 12 children has been arrested several times for such as things as animal cruelty, reckless driving, driving without a license, drug possession and false ID.

DMX Net Worth
In July 2013, DMX filed for bankruptcy in Manhattan, claiming to have approximately $50,000 in assets and between $1 and $10 million in debt to creditors, including a debt of $1.24 million owed for child support. Due to these debts, DMX has not been able to get a passport for the past several years. The debt restructuring plan would essentially allow DMX to obtain a passport and perform overseas again where his fan base is most active. As early as 2012, DMX’s net worth was listed at two million dollars. The next year, he filed for bankruptcy.

What is Victoria Beckham Net Worth?
Previous Post: « How Much is Lamar Odom Worth?
Next Post: How Much is Tyga Worth? »