John Legend is one of the most appreciated American singer-songwriters, whose career and vocal abilities turned him into an overnight sensation. He has performed his songs in many talk shows, such as “The Oprah Winfrey Show” or “Late Night with Jimmy Kimmel”, and he was even one of the performers at the 2017 Oscars. Keeping all of these things in mind, if you were to guess the John Legend net worth, how much would you guess? Regardless of whether you’re his fan or you’re just curious to find out more about his career, today’s article focuses on  several John Legend net worth details and his overall career. 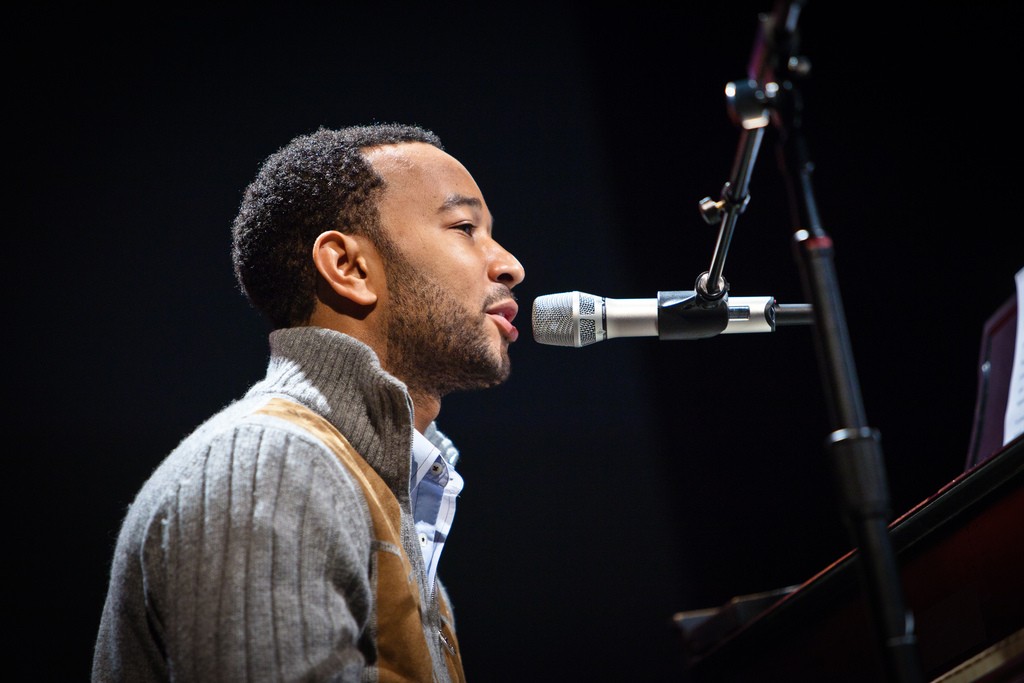 The soul and R&B singer and producer has a net value of $20 million, which is quite impressive, and one of the reasons why he’s one of the richest musicians on the market. His remarkable net worth comes from a life-long career dedicated to music, and from his songwriting style, which is highly personal. He’s known for his incredible vocals, passionate lyrics, and outstanding interpretation, much more than for the John Legend net worth we’ve just mentioned. The mix between his warm voice and his use of piano is the main ingredient that turns all of his songs into instant hits, and himself into a celebrity.

Born John Roger Stephens, Legend was passionate about music from an early age. Luckily, his family encouraged him to pursue his talent. He began singing in the local church choir at the age of four. Since then, music became one of the most important things in his life. Years later, he pursued his musical passion by studying piano and joining the a cappella band Counterparts. Lauryn Hill heard him play piano, noticed his raw talent, and offered him a chance that proved worthwhile.

After this first big break, he managed to release two independent albums and enter the Hollywood music scene. Kanye West noticed his potential and offered him a contract with his record label. Legend agreed, and he started a long-time partnership with the American rapper. After signing the contract with West, he also chose his stage name, John Legend. Then, he went on to release his debut album “Get Lifted”. The album was an instant success, and Legend’s career exploded, making him famous.

The album “Get Lifted” won the Grammy for Best R&B Album two years after its release. After this first award, Legend managed to add 9 other Grammy Awards to his ever growing collection.

He has appeared on multiple shows and performed live at the Grammy Awards in 2014. He also got the honor of performing both at the 2015 and the 2017 Academy Awards. There, he delivered some of the most touching live performances the Oscars ever witnessed. The song “Glory”, that he composed alongside Common and sung in 2015, brought the pair an Oscar for best original song. His single “All of Me”, released in 2013, went on to become a worldwide sensation. It actually managed to reach the number one spot on the Billboard Hot 100 chart. 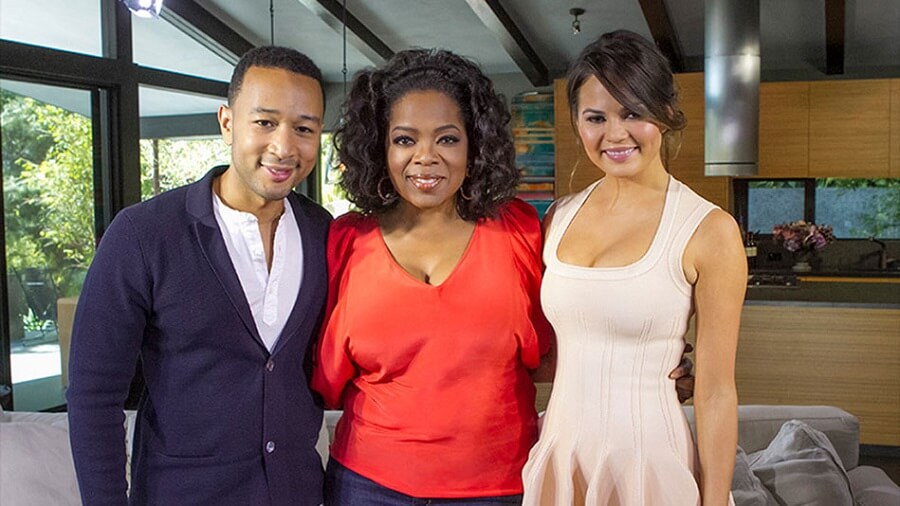 Legend has released five studio albums, “Get Lifted” (2004),”Once Again” (2006), “Evolver” (2008), “Love in the Future” (2013), and “Darkness and Light” (2016). He also guest starred on various television shows, from “Curb Your Enthusiasm” to “Dancing with the Stars”. He was featured on numerous tracks from other artists such as Janet Jackson, Kelly Clarkson, and David Guetta.

Apart from being a successful singer, Legend is also an accomplished actor and music film producer. He contributed to the soundtracks of hits such as “Crazy, Stupid, Love”; “Django Unchained”; and “Pitch Perfect 2”.

After a relationship of more than six years, Legend married model and television presenter Chrissy Teigen in 2013. The ceremony took place in a romantic setting near lake Como, in Italy. Numerous A-listers both from the music and the film industry attended. in 2018, Legend and Teigen welcomed their first baby, a daughter named Luna Simone.

Apart from his remarkable career, John Legend is also known and appreciated for his charitable work. He’s a supporter of various humanitarian projects, and he has been involved with charities from Africa and Asia. Most recently, he has fought to ensure clean water provision for the people of Tanzania. Due to his extensive charitable work, Legend got the BET Humanitarian Award in 2010.

John Legend’s touching lyrics and soothing sounds have won the hearts of millions around the world. Due to his distinctive musical style, he’s part of a more innovative sound movement in soul music, and fans and critics alike eagerly expect his albums. He’s one of the singers who managed to bring R&B music back into the spotlight.

In 2009, Legend was included in top 100 Most Influential People In The World, a list released by Times Magazine. His influence is difficult to miss. For instance, famous musician Quincy Jones considers Legend a genius, and is reportedly extremely impressed by his remarkable career.

Even if he’s just at the start of his career, John Legend has managed to impress the public with his multiple talents, which include singing, songwriting, producing, and so on. Only 38 years old, the famous R&B star still has a lot to offer, and his career will certainly flourish even more. This means that the John Legend net worth we mentioned in today’s article can only increase as well.

What is Alec Baldwin Net Worth in 2018?
Previous Post: « What Are Shin Splints and How to Prevent Them?
Next Post: What are Sulfites and What Are Their Health Effects? »