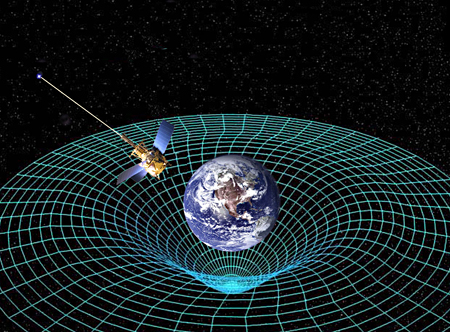 There are certain aspects of science that simply cannot be denied, no matter how much some people might try to deny them. For example, there are some people today that deny the fact that the earth is round. As insane as that may sound, know that we’re being completely serious! There is a Flat Earth Society that was founded in 1956 and it is still going strong. If you’re willing to ignore such madness, then you, like the majority of intelligent people, accept some things as being true. But when you do that, you also need to know a little bit about what you’re believing to be true, to have a clue about what goes on around you. Understanding some basic concepts of science will help you to better understand the world in which you’re living in, and even yourself.

The theory of relativity, discovered by Albert Einstein, lays as the basis of modern science. With its help, important scientific breakthroughs have been made and since its discovery, we’ve learnt a lot about our solar system, the Universe and the way things world around us.

What makes Einstein’s process of discovering the theory pretty amazing is the fact that he simply assumed everything he discovered was true. During those times, the physicists were doing the complete opposite, they thought that the results had failed and their theories were correct. Einstein thought his results were correct and that his theory failed.

The most important thing that Einstein’s theory of relativity did, aside from setting the base for modern science, is that it unified time and space. The universe in which we live can be seen as having three dimensions: forward and backward, left and right and up and down and one single time dimension, the space and time continuum.

In other words, if you move fast through a space, what you learn about and see of that space and time differs from the observations made by other people who are moving at different speeds through the same space.

Think about it, you’re sitting on the side of the road and you’re watching the cars drive by; the faster they go, the shorter they appear to be. The faster the car goes, the slower the time will pass for the driver when compared to the bystander’s time.

The famous E = mc^2, tells us how E (energy) equals M (mass) and C (speed of light). Keep in mind that mass is not the same as weight, as weight is affected by gravity, while mass is not. If you were to measure your weight in outer space, you would weigh next to nothing.

In short, Einstein found that as an object approached the speed of light, its mass increased. The faster an object goes, the heavier it gets. Until Einstein discovered this theory, because we should view this as a discovery and not as an invention, mass and energy were two concepts that were viewed separately.

For more information about the theory of relativity, time travel and the universe or if you’ve got kids whom you would like to introduce to science, we strongly recommend Stephen Hawking’s book A Brief History of Time. Find it online, in MOBI or PDF format or in bookstores.

What Does DSL Mean

How to Prevent Morbid Obesity

Tungsten Vs. Titanium: How To Tell These Metals Apart
Previous Post: « What Were the Most Notorious Roller Coaster Accident Cases?
Next Post: What is Obamacare, Exactly and What Is It Going to Do for You? »