The Baroque era was a highly creative period which birthed some of the world’s most beautiful music, as well as outstanding architecture, literature and dance. Its main characteristics are opulence, exaggerated motion and drama and a passion for detail, except that the details are crystal clear and easy to interpret and admire. This major artistic current started around the year 1600 in Rome, Italy and then extended all over Europe (helped by the fact that the aristocracy and Catholic Church supported it). Even though this period’s highlights happened more than 300 years ago, the world still swoons over the baroque style, and especially after its best music composers. When it comes to classical music, the current is considered to have rendered some of the most valuable composers to this date. In the following lines, we will present you with a short list of the top 10 baroque composers really worth knowing about (and listening to). 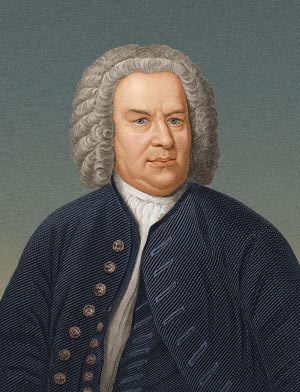 Probably the most famous composer on this list (and one of the most famous composers ever), Bach was a German composer who was born during a time when the Baroque current had already started, but he managed to bring it to its heights, in spite of his foreignness. You will notice that most Baroque composers were Italian, which makes sense considering that the movement started in Rome. In this context, the fact that Bach was the best of them all even starting out as an outsider says a lot about his genius. His key instruments were the keyboard, the organ and the harpsichord.

Another great composer you probably already know was Vivaldi, an Italian musical genius who was strangely discovered pretty late into modernity, around the 1930s. Even though he didn’t live to see his works appreciated at full value in his own time, this guy really enjoyed making his music. He composed over 500 concertos in early Baroque swing, and his best known works are his “Seasons”. Please give them a listen as soon as possible, and start with Spring (“La Primavera”).

He was born in the same year as Bach (1685) and he was from a small town just 50 miles away from him. He managed to achieve the same success as his colleague in his musical career, and he became a British citizen later in life. Eventually, he created the famous English oratorio. The world now considers the works of Bach, Handel and Vivaldi to be the main pillars of Baroque classical music.

Another German musician and good friend of both Bach and Handel, Telemann was known for incorporating unusual instruments into his concertos. The attendance to events playing his works was always high.

A composer with a tragic destiny (he died when he was 35), he was one of the best British composers of all time, not just of the Baroque era. He was very skilled with word-setting as well and therefore he composed very popular stage works.

The son of yet another baroque composer, Domenico Scarlatti was a highly prolific musician and composed over 250 sonatas only in the last 6 years of his life. In total, he composed 555 throughout his entire career. One of the most popular works authored by him is The Fairy Queen.

Yet another Italian composer, our next entry to the list was also a master violinist. In his time, the violin was a newly invented instrument and few composers except him were adept at integrating this beautiful new sound into their works. Needless to say, he excelled at it, which makes him one of the most influential and brilliant musicians of all time.

The only French composer to have made it to our list, he was known for his very emotional approach to music and his harmonious lines. Rameau poured a lot of his efforts into the tragedie lyrique opera, a French genre of opera that put Classical mythology tales to music.

Or next Italian composer is one of the earliest authors of symphony, considered by experts to be a precursor to Mozart and Hayd. If you only listen to one work from his repertoire, make it his Sonata no 3, a masterpiece for the piano.

Pachelbel was the music teacher of Bach’s older brother, so he belonged to the older generation of Baroque composers. Nevertheless, Bach found great inspiration in his music and is said to have drawn a lot from his style.

If you enjoyed our briefing on the Baroque composers, we think you may also enjoy our article about Impressionist painters.

What Were the Impressionist Painters All About?

Why Does The Leaning Tower Of Pisa Lean?

What’s the Primary Difference Between Bluetooth 4.0 and 4.1?
Previous Post: « What Were the Salem Witch Trials of 1692 All About?
Next Post: Can You Learn How to Lucid Dream? »