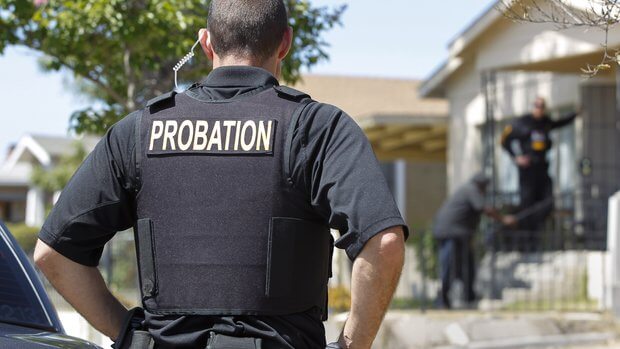 Before we get into the question of how much do probation officers make, we thought it would also be useful to provide you with a brief job description. As we’ve already mentioned at the beginning of the article, probation officers are correctional treatment specialists. They monitor the activities of people who were released on parole. Their job includes preventing former convicts from committing another crime and returning behind bars.

Probation officers are usually responsible for evaluating inmates as well. They have to determine the best course of action for their release, provide offenders with rehabilitation resources, discuss various treatment options, arrange supportive services, conduct meetings with families and friends, and maintain detailed records of the offenders’ progress.

How Is the Work Environment for a Probation Officer?

Almost all probation officers, which is about 97 percent of them, work for local and state governments. They work within correctional facilities and supervise offenders on parole. Other probation officers may find employment in individual or family services, vocational rehabilitation centers, residential care facilities, and psychiatric or substance abuse hospitals. Although probation officers are usually employed full-time, the demands of the job to meet court-imposed deadlines and complete extensive paperwork often leads to them working long overtime hours beyond the standard 40-hour week.

Moreover, if you want to become a probation officer, you also have to be aware of the fact that this particular work environment is not without risks. You’ll be working with people who have been convicted of different crimes, some of which can be extremely serious. Furthermore, you’ll also be responsible for taking care of them. This is something not everyone is able to do. That being said, this job can be extremely satisfying as well. You’ll be helping people get back on their feet and get a second chance at a normal life.

What Is the Job Outlook for Probation Officers?

Since mandatory sentencing guidelines are starting to be reduced, and judges have more flexibility in sentencing offenders deemed to be lower risk, there’s also a noticeable increase in community-based corrections and alternative forms of punishment, including probation. A spike in the number of inmates who will be released from prison within the near future is also expected. This means that these inmates will need someone to monitor them. Therefore, employment for probation officers should be very promising. In fact, it will witness a rapid growth at a rate of 18 percent. This will create 17,100 new jobs before 2020.

We hope today’s brief guide has managed to successfully answer the question “How much do probation officers make?”, as well as provide you with a couple of interesting details about what it’s like to be a probation officer.

How Much Does a Nutritionist Make in 2018?

What Is the Average Event Planner Salary?
Previous Post: « How Long Does It Take To Become a CNA?
Next Post: How Much Do Auto Mechanics Make? »