If you haven’t lived under a rock until now, you probably already know how a firetruck looks. You’re also likely familiar with what a firetruck does and with why we need this type of emergency vehicles. However, have you ever wondered, why are firetrucks red? That’s the color they boast almost everywhere around the world. And since we’re so used to seeing them quite often, it makes sense that we never stopped to wonder about the reasoning behind their coloring. But you’re pretty curious now, aren’t you? Not to worry, we did some research and collected the four most popular theories behind why firetrucks are red. Let’s have a look! 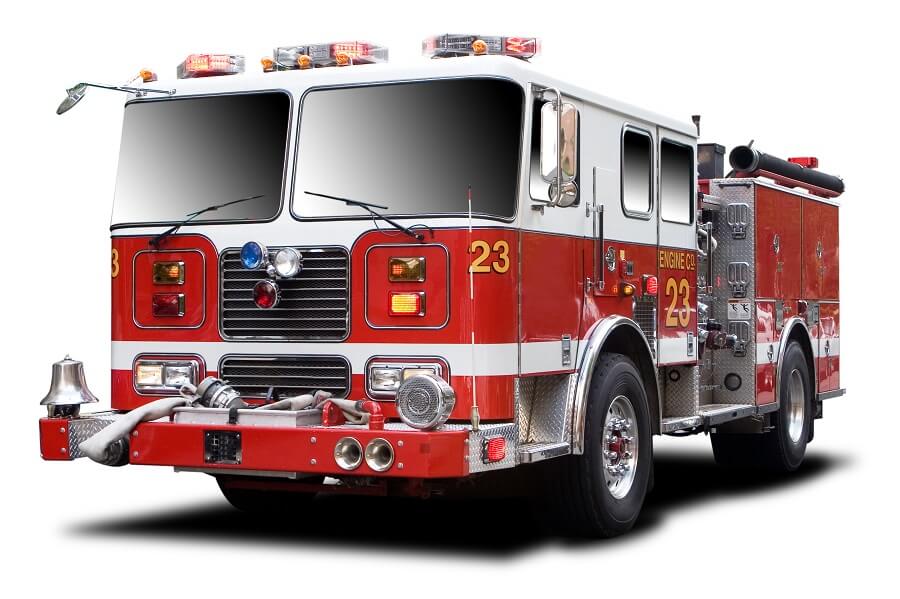 When Do Firetrucks Intervene?

While firefighters are primarily called in case of a fire, their skills go way beyond fighting flames. One of the three main emergency departments, along with the police and medical emergency services, the fire department also handles hazardous materials response and technical rescue. The basic tasks of most firefighters include fire suppression and prevention, rescue, investigations, as well as basic first aid. While basic firefighting skills are taught during training courses, further certifications may be required, especially for pre-hospital medicine and technical rescue.

Why Are Firetrucks Red? Four Explanations

Firetrucks have been around for a long time. Organized fire departments began emerging in the early 1800s, although they mostly comprised of volunteers who did not resemble the highly trained emergency responders we know today. They were mostly rival gangs that used to compete with each other about who would be called first in case of an emergency. So when asking yourself why are firetrucks red, it’s important to go back to those times. Here are four popular theories about why the emergency vehicles were painted red in the first place.

One of the first explanations behind firetrucks’ coloring dates back to the earliest days of the fire department. As we’ve already mentioned, people wouldn’t work there for a wage at that time, but volunteer. Since this means they didn’t have that much money, they chose to paint the firetrucks with the cheapest paint they could find, which happened to be red. As a result, this theory states that firetrucks are red because it was the most affordable option available.

Another different, but somewhat related theory suggests exactly the opposite. This one also relates to people volunteering to be firefighters, but highlights a sense of competition among volunteers from neighboring towns. According to this theory, firefighters used to compete for the status of the best fire department in the area, and firetrucks played a crucial role in the battle. To stand out from the crowd, some volunteers started to paint their trucks red because it was the most expensive paint they could find. They did this to show everybody that they could afford it and use their trucks as a source of pride. So firetrucks are red not because the paint was cheap, but because it was quite pricey.

The third answer to the question “Why are firetrucks red?” seems to the more plausible of the bunch. This one states that firetrucks are red because they should be able to stand out from the rest of the vehicles speeding down the road. In the 1900s, the car manufacturer Ford only sold black cars. Consequently, fire departments wanted to use a color that would allow firetrucks to be more visible. While this makes complete sense, it’s worth wondering whether or not red actually is a good choice to help a vehicle stand out. The answer might be no. Other colors such as lime green or yellow would make a vehicle easier to spot after it gets dark.

If you were to ask Siri the question “Why are firetrucks red?”, you might be surprised by the answer. Don’t expect the explanation to be accurate – in fact, it’s meant to make you have a good laugh and marvel at how sassy Siri can be at times. Here’s her explanation:

Because they have eight wheels and four people on them, and four plus eight is twelve, and there are twelve inches in a foot, and one foot is a ruler, and Queen Elizabeth was a ruler, and Queen Elizabeth was also a ship, and the ship sailed the seas, and in the seas are fish, and fish have fins, and the Finns fought the Russians, and the Russians are red, and fire trucks are always “russian” around.

Should Firetrucks Be Red?

Now that you know the most popular answers to the question “Why are firetrucks red?”, we think it’s also worth exploring whether or not they should be red. According to a study conducted by Lt. James D. Wells Jr. and published in 2004, while red lights are easy to spot during the day, they’re quite difficult to see at night. The study focused on the red and blue lights that we see on emergency vehicles. It asked the question of whether they’re easier to spot on the road or not. Even if we’re talking about lights vs. paint, isn’t it natural to suppose that the same results can be applied to the red paint on a firetruck? 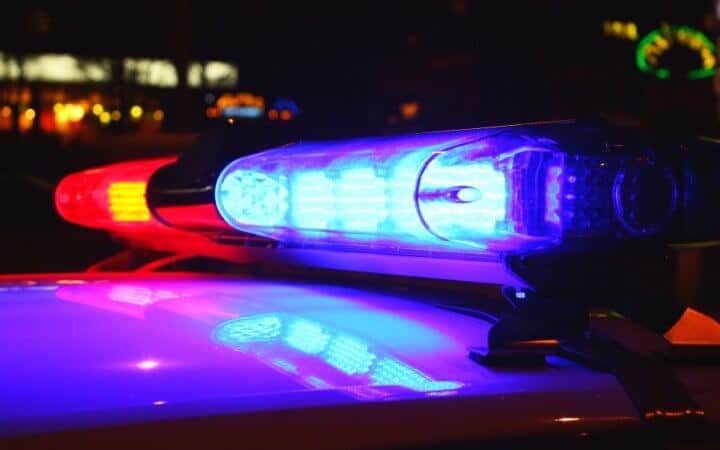 Another study, this one conducted in 1965 by the Coventry Fire Brigade and Lanchester College of Technology, shows that yellow and lime green are both easier to see at night or during bad weather. In the U.K., fire departments seem to have taken this study very seriously. As a result, they included retroreflective yellow markings on the rigs of their firetrucks. In the U.S., this is happening as well. More and more firetrucks in small cities and suburbs are sporting these yellow markings, even when firetrucks are red.

Since we’re getting into the academic ground, it’s worth noting that another study published in 1995 by James King and Stephen Solomon, an optometrist, encourages changing the color red of firetrucks and replacing it with lime yellow. The study looked at the Dallas Fire Department files. Back then, it reported that red firetrucks crashed three times more often than white or lime-yellow ones. Now, the Dallas Fire Department has lime-yellow firetrucks. Something to keep in mind as we move forward.

Does Paint Color Matter in the End?

Based on all these studies, what is the simplest conclusion that we can reach? Well, before we draw the line, there’s another paper we need to bring up. This one seems to be going in the opposite direction. The study we’re talking about was conducted by the U.S. Fire Administration in 2009. While it acknowledges previous studies and how the color yellow is easier to spot than the color red, it also states that color is not as important as how well people can associate it with a firetruck. 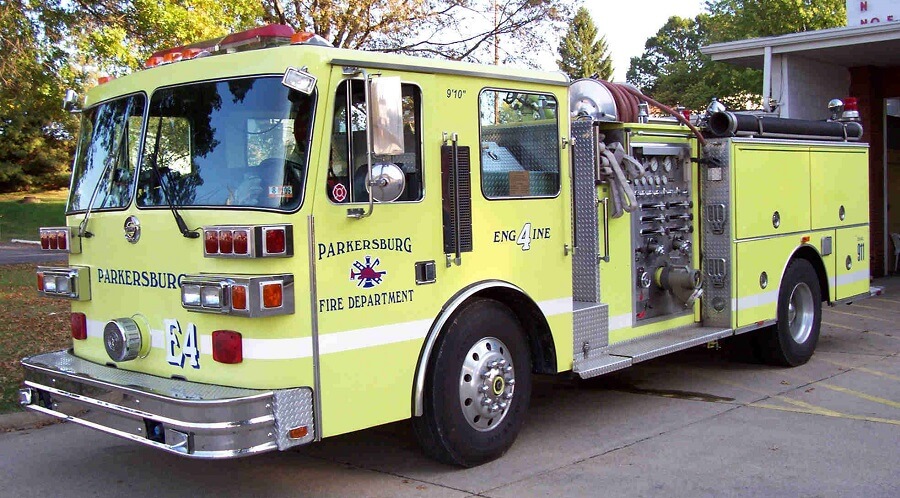 Since the color red has been a staple of firetrucks from the very beginning, people today would be less likely to associate a yellow vehicle with a firetruck, which could potentially cause confusion. Furthermore, the sirens and lights make the trucks pretty noticeable as it is in case of an emergency. We must also mention that there is no official regulation concerning what color a firetruck should be. All in all, it doesn’t seem like things will change in the near future. If firetrucks are red in the area where you’re living, that’s unlikely to change.

We might never know for sure what the correct answer to the question “Why are firetrucks red?” is. What we do know is that this is not a rule that applies everywhere. In the U.S. and Europe, for instance, firetrucks range in color from purple, to green, to pink. Some firetrucks in Australia are lime green. As such, the best thing to do when in need is to pay attention to any large vehicle with a gaudy color, with blaring lights and sirens. It doesn’t matter whether it’s the red we know so well or not.

How Much Do Diesel Mechanics Make?

How Much Do You Tip Movers? + Infographic

What is the Best Nail Polish Right Now?
Previous Post: « Books: What’s the Difference between Paperback and Mass Market Paperback?
Next Post: The Best Foot Massager To Use For A Relaxing Night In »