The American Bulldog and Pit Bull are often confused as being the same breed due to their similar physical appearance and equal classification as working dogs in Molosser family. However, a trained eye can easily distinguish that these two breeds are actually very different. Therefore, we’ll get to watch the world through the same point of view and understand the difference between American Bulldog vs Pitbull.

Since Pit Bulls have been falsely given a bad reputation for ferocity and violence through widespread public ignorance, American Bulldog owners can be extremely offended when their prized pooch is mistaken for a Pit Bull. 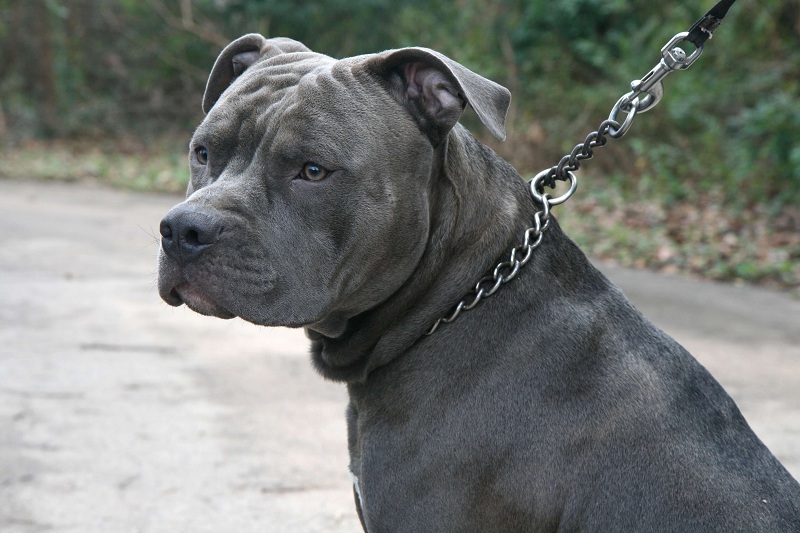 In addition, some housing districts have enforced a strict rule against enabling residents to own a Pit Bull on their premises and made it difficult for American Bulldog owners to prove their furry friend is not part of the restricted breed. Therefore, read on to learn the important characteristics that clearly divide the American Bulldog vs. Pit Bull breeds.

How Are They Different?

First of all, the name “Pit Bull” is actually used in reference to three separate breeds of dogs, including the American Pit Bull Terrier, the Staffordshire Bull Terrier, and the American Staffordshire Terrier. Developed by crossbreeding various Terrier breeds, Pit Bulls were created as strong, agile, and tenacious workers to help farmers manage their cattle.

In contrast, the American Bulldog is a descendant of the Mastiff and cousin to the Bullmastiff, instead of being an offshoot from the Terrier clan. These bulldogs can be classified as being Bully, Standard, or Hybrid types, depending on their size. American Bulldogs were first bred for bull baiting, hunting, cattle management, and homestead protection throughout early American history.

Pit Bulls can be distinguished for their block-shaped heads that form a rounded tip towards the muzzle and unique pointed ears. Most Pit Bull breeds possess a significantly longer snout than skull at a ratio of 40:60. However, the opposite is true for the contrasting American Bulldog, who has a distinctly shorter tapered nose at a ratio of up to 80:20 for skull to snout. 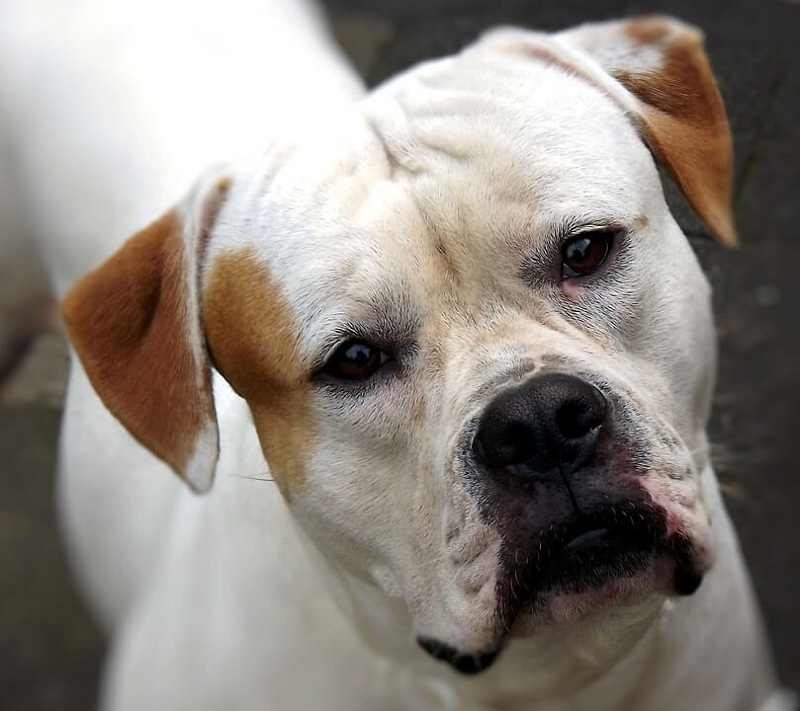 American Bulldogs can be identified by their box-shaped wide and short snout outfitted on a well-muscled rounded head. Due to its Mastiff lineage, American Bulldogs also carry the signature facial wrinkles around their doggy foreheads and mouths. When the skin of the face is pulled tight without a wrinkle in sight, you can rest assured that you are looking at a Pit Bull.

In general, the American Bulldog is usually considerably larger and bulkier than Pit Bulls. Due to their Terrier blood, Pit Bulls normally weigh from 40 to 60 pounds. They only stand about 18 to 22 inches off the ground at the shoulder. While American Bulldogs may weigh a minimum of 60 pounds, this breed has the capability of becoming massive and exceeding 125 pounds.

The standard height for American Bulldogs at the withers of the shoulder blades falls between 24 inches and 27 inches. Despite the fact that Pit Bulls have a muscular frame, they are not as heavy as the extremely muscular American Bulldog. This one has broad chest and head.

Apart from the skin deep visual differences between the two breeds, there are other equally important differences that are less obvious. Without a single drop of Terrier blood in their bodies, American Bulldogs are known for having a stable temperament and a more laidback attitude and even-temper.

Since Pit Bulls are genetically linked to the “small dog” tendencies of the Terrier group, they naturally are more hyperactive. They require a great deal of exercise. This would keep the energy from turning into frustration and/or aggression. Despite the bad rap for Pit Bulls, both breeds can be reliable, loyal, and gentle companions. However, this holds true only if they are properly raised from a young pup age.

American Bulldog vs Pitbull: Something Extra

Pit bulls are eager to please, intelligent creatures. They can be easily trained by an inexperienced owner. Bulldogs, on the other hand, tend to be more stubborn and require more patience and persistence.  Professional training is a viable alternative to breeders teaching a bulldog how to be obedient by.

However, they respond better to environmental changes and apartment living. Even though pit bulls can comfortably live in an apartment, they tend to face more issues when it comes to adaptability.

The pit bull also craves running around or playing. Therefore, it is an ideal exercising partner, which can be the reason why they have a longer life expectancy. Bulldogs are active too, but engaging in physical activities is not one of their strongest impulses.

A bull dog female usually carries about 4 or 5 puppies during pregnancy. Her bull terrier counterpart can birth up to 10 puppies. If you are looking to buy a puppy and don’t know which to choose, the obvious answer is a pit bull puppy. It should come with an average price of $600, as opposed to $1,600 you would spend on a bulldog pup.

It’s not a matter of which breed is best – dogs are awesome no matter the shape or size they come in – it’s about which one is the best for you. We gave you the facts, but the choice is yours. However, don’t fret about it! If you are looking for a trustworthy and enthusiastic companion, you can’t go wrong with either a pit bull or a bulldog. Don’t forget to share your words of wisdom or personal experiences related to these two special breeds in the comments bellow!

Can Cats Eat Dog Food?
Previous Post: « Why Do Alarm Clocks Give You 9 Minutes of Snooze Instead of 10?
Next Post: What’s the Difference Between a Credit Score and Credit Report? »