Consistently regarded as one of the richest rappers in the world, Snoop Dogg managed to build a bona fide empire throughout the years. Worth millions of dollars, the rapper is known for his successful music career, TV appearances, and multiple entrepreneurship endeavors. But how much is Snoop Dogg worth in 2019? Let’s take a quick look at his impressive rise to fame and crunch the numbers. 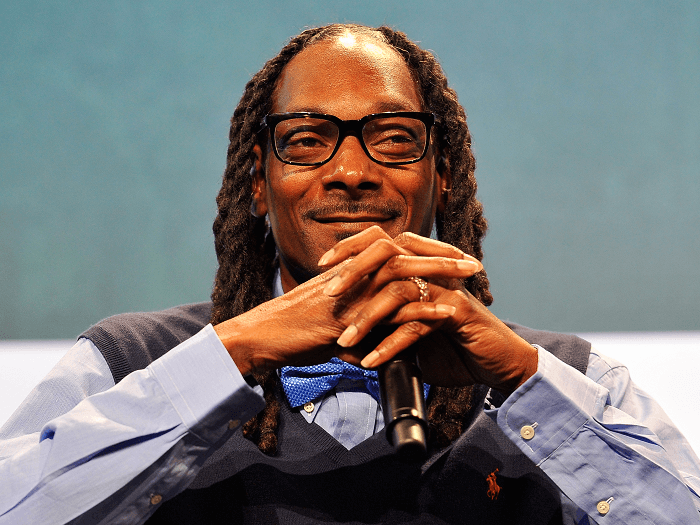 Snoop Dogg has managed to create one of the most recognizable brands in hip-hop. He is known for his mellow nature and grand enjoyment of all the good things in life, including women, marijuana, and good wine. Although currently among the richest rappers alive, Snoop hasn’t always been dabbling with millions. In fact, his origins are quite modest.

Born on October 20, 1971, in Long Beach, California, Calvin Cordozar Broadus, Jr. got his nickname early on from the Peanuts character Snoopy. Calvin started playing the piano when he was very young and began rapping in the sixth grade. As a teen, he ran into plenty of trouble with the law. He was arrested for possession of cocaine shortly after graduating high school and was in and out of jail for the next few years. This is also when he started recording mixtapes and managed to catch the attention of Dr. Dre. The rest, as they say, is history.

Next, Snoop Dogg continued to drop albums and tour the world. If we’re talking about notable releases, we should mention R&G (Rhythm & Gangsta): The Masterpiece, Tha Blue Carpet Treatment, Ego Trippin’, Malice n Wonderland, and Doggumentary. He briefly rebranded as Snoop Lion in 2012. More recent releases from the rapper include Neva Left (2017) and Bible of Love (2018).

With songs like Drop It Like It’s Hot and Gin and Juice, Snoop epitomizes the ideal life for young men who have “Made It!” – something he definitely knows a lot about as one of the richest rappers in the world. But while many can make money, the truly successful are able to expand their brands into other endeavors. Snoop has branched out into sports, music, television, and movies. The rapper has sold more than 30 million albums worldwide, but his vast fortune includes multiple streams of income.

Besides his music career, the rapper is also a successful actor. When wondering how much is Snoop Dogg worth, we should consider his many appearances in movies and TV shows throughout the years. He has starred in three TV programs – sketch-comedy show Doggy Fizzle Televizzle, variety show Dogg After Dark, and reality show Snoop Dogg’s Father Hood. Besides, he had cameos in shows like Monk, One Life to Live, King of the Hill, and more. As you can see, being one of the richest rappers on the scene wasn’t enough for Snoop – he felt the need to expand his horizons.

Not only is Snoop after making money, but he also likes to spend it on the finer things in life. Like his primary fan base of young men, Snoop loves basketball, football, baseball, and soccer. He also loves cars and he’s always willing to invest in some old-school beauties. Some of Snoop’s favorite rides:

Snoop’s Claremont, Diamond Bar, California home has 6,500 square feet. Besides this impressive surface, it is estimated to be worth $2 million. Hawaii is one of his favorite vacation destinations, which says a lot about the way he is spending his cash.

That being said, the rapper is also passionate about helping the less fortunate. Some of his charities include the Save the Music Foundation, Shriner’s Hospitals for Children, Snoop Youth League Football, and the Orca Network. He may be one of the richest rappers still standing, but that doesn’t prevent him from giving back. Considering his expensive tastes and charitable nature, how much is Snoop Dogg worth? Let’s find out.

If you’re wondering how much is Snoop Dogg worth, the number revolves somewhere around $135 million. One of the richest rappers alive, he makes his money primarily through his music and acting career, but also thanks to brand endorsements and various businesses the rapper owns. In 2005, Snoop launched a line of cannabis products called Leafs By Snoop. He also released an app, Snoopify, that lets users plaster stickers of Snoop’s face. Moreover, he invested in several start-ups.

Here’s an interview where he talks about his money and business:

Snoop Dogg: What Is He Doing Now?

Eager to catch up with Snoop Dogg? All you need to do is turn on your TV. Ever since 2016, Snoop and his friend Martha Stewart host a successful VH1 show called Martha & Snoop’s Potluck Dinner Party. The rapper also hosts a revival of The Joker’s Wild, a game show which moved from TBS to TNT at the beginning of 2019.

All in all, the rapper seems to be doing well. And with such impressive net worth, who could blame him? Being one of the richest rappers in the world certainly pays off.