O’Shea Jackson Sr., professionally known as Ice Cube, was born in Los Angeles on June 15, 1969. Rapper, actor, filmmaker, and record producer, Ice Cube managed to build quite the fortune during his years in the spotlight. But since we can’t utter the phrase Ice Cube net worth without briefly mentioning the star’s many streams of income, let’s take a quick look at how exactly he made his way to the top. 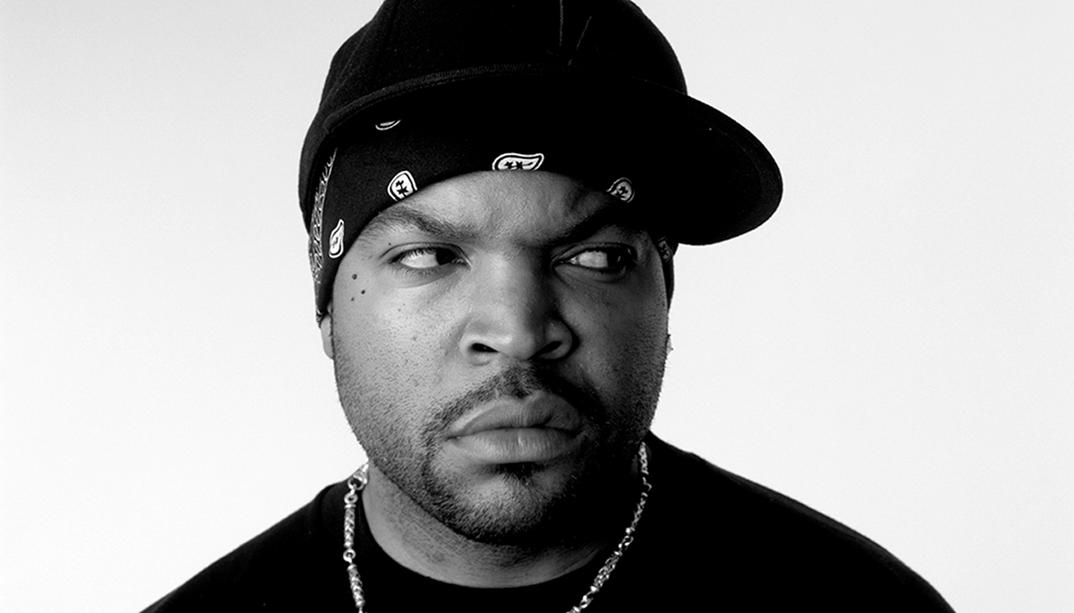 O’Shea started his music career as a member of the hip-hop band C.I.A and then joined the rap group N.W.A. In 1989, he embarked on a solo career and branched out in Hollywood, starring in various movies. He has also toyed with producing different TV shows and earned the reputation of a blunt rapper and lyricist.

Ice Cube’s brutal honesty seems to have paid off. The rapper is known for his powerful, socio-political lyrics that are often quite aggressive. Some even consider Ice Cube to be one of the founders of gangsta rap. MTV once ranked him as the eight greatest MC of all times, but some regard him even higher. According to Snoop Dog, for instance, Ice Cube deserves the number one spot on that list.

A controversial artist, O’Shea Jackson comes from a modest family. The son of a hospital clerk and groundskeeper, he has a brother and also had a sister that was killed when he was a boy. Ice Cube’s interest in hip-hop developed early. He started writing songs when he was still in prep school. Not many people know that Ice Cube actually went to the Phoenix Institute of Technology, where the rapper studied architectural drafting.

Ice Cube founded C.I.A with his friend, Sir Jinx. The two of them used to perform at Dr. Dre’s parties. It was there that O’Shea’s talent was first noticed. Dr. Dre suggested they collaborate, asking him to join a side partnership. In the late ‘80s, Ice Cube’s work focused on parodying other rappers of the time, including Run DMC.

Shortly after, Ice Cube joined N.W.A, which comprised of Dr. Dre, DJ Yella, and MC Ren. The aspiring rapper wrote lyrics for Eazy-E and Dr. Dre for almost two years before he became dissatisfied with his role in the crew. Since his contract did not acknowledge him as a proper member of N.W.A and he only received $32,000 for writing an entire album for Eazy-E, he decided to leave the group. He also opened a lawsuit against the manager, which ended up being settled in private. Looking back, the Ice Cube net worth was only about to grow from this point on. 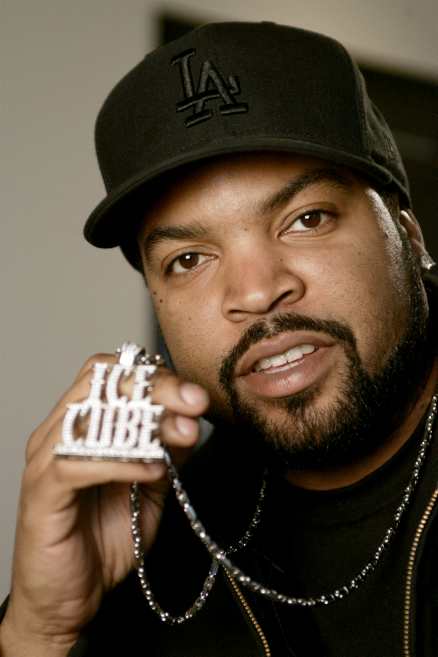 The year 1989 marked the beginning of Ice Cube’s solo career. He was ambitious, a great lyricist, and driven by the desire to speak up his mind. His debut solo album was titled AmeriKKKa’s Most Wanted and it hit shelves in May 1990. An instant hit with fans, the solo album did not only manage to bring Ice Cube in the public attention, but it also made rap music more popular and well-received.

However, not everyone was eager to praise Ice Cube’s debut effort. Some dismissed AmeriKKKa’s Most Wanted as being racist and misogynistic. This didn’t discourage the artist, who released a second album only a year later. Death Certificate hit shelves in 1991 and received mixed reviews. The rapper was accused of antisemitism and misogyny once again.

Ice Cube’s popularity and wealth increased with the following disc. The Predator was released in November 1992 and sold more than three million copies in the United States alone. It remains the most popular and successful Ice Cube release to this day. Unfortunately, it also marked a downfall in fame for O’Shea. His fourth album didn’t get good reviews from critics. This is the reason why Ice Cube decided to take a hiatus from his music career in 1994. Instead of releasing new albums, he wanted to focus on making movies and helping other rappers get ahead.

It was only in 1998 that Ice Cube returned with another solo album. War & Peace Vol. 1 was followed by Volume Two much later, in 2000. The two releases disappointed old fans who claimed that Ice Cube’s work didn’t rise to their expectations. However, this didn’t stop the rapper to embark on a tour in 2000 alongside Snoop Dog, Eminem, and Dr. Dre. Since much of the Ice Cube net worth is due to touring, this proved to be a smart move.

Six years later, O’Shea worked on a new solo album, Laugh Now, Cry Later, which debuted on the fourth place on the Billboard Charts. Ice Cube’s eighth album was released in August 2008 and was followed by his ninth solo album two years later. None of these were particularly successful, with fans still claiming the rapper was not up to par.

No stranger to the small screen, Ice Cube began his ventures in acting back in 1992. He debuted in Boyz n the Hood as Doughboy. Shortly after, he also appeared in Trespass by Walter Hill and The Glass Shield.

Encouraged by John Singleton, Ice Cube took a shot at screenwriting. He wrote the screenplay for Friday, the 1995 comedy. The movie had a budget of $3.5 million and managed to earn $28 million all around the world. Ice Cube’s screenwriting debut was so successful he went to write two sequels: Next Friday and Friday After Next.

In 1997, the rapper appeared in Dangerous Ground, a thriller in which he played an exiled South African. He also had a role in Anaconda. Over the course of the next following years, he was busy writing, acting, and producing several movies, including Three Kings (in which he appeared alongside Mark Wahlberg and George Clooney), Barbershop, All about the Benjamins, and Torque. The Ice Cube net worth kept growing with each role. However, he will never exceed the fortune of other popular rappers like Jay-Z or Dr. Dre. At least not yet.

Ice Cube Net Worth: How Much?

Google the phrase Ice Cube net worth and you’ll get several conflicting numbers. However, as of 2019, the rapper is estimated to be worth around $160 million. Besides his music and acting careers, the star expanded his horizons to try his hand at some interesting business endeavors. Ice Cube launched a clothing line called Solo by Cube, which comprises of sweatshirts with hoods that boast built-in headphones. O’Shea is no stranger to endorsements either. The commercials for Coors Light beer and acting as a representative for St Ides malt liquor helped his net worth skyrocket. In early 2017, the star also announced Big3, a 3-on-3 professional basketball league featuring former NBA greats.

Unlike other fellow rappers, Ice Cube’s personal life is pretty controversy-free. He married Kimberly Woodruff in 1992 and they have four children together. His eldest son, O’Shea Jr., played his dad in Straight Outta Compton, a highly-praised 2015 movie depicting the rise of N.W.A.

The biopic made over $200 million on a production budget of $50 million. Furthermore, it was named as one of the top ten films of 2015 by the National Board of Review and was nominated for Best Original Screenplay at the Academy Awards. Ice Cube served as producer alongside Dr. Dre. Prior to the release of Bohemian Rhapsody in 2018, Straight Outta Compton claimed the spot as the highest grossing musical biopic of all-time in the US, further boosting the Ice Cube net worth.

Ice Cube: What Is He Up to Now?

The rapper seems to be mostly focused on his basketball league at the moment. He announced a deal with CBS earlier in 2019, so you can catch coverage of the games on CBS and CBS Sports Network, Moreover, Ice Cube released a new album, Everythang’s Corrupt, in December 2018, his first in eight years. The release debuted at number 62 on the Billboard 200 and sold nearly 140,000 copies worldwide. It was also praised by critics, which was a nice change of pace from his previous records.

On the acting side, fans are eager to see the star in Ride Along 3 and Last Friday, which are both currently in production. As you can see, Ice Cube shows no signs of slowing down. Consequently, we expect his net worth to keep growing over the next few years.

What is Beyonce Net Worth?
Previous Post: « How Much Is John Cena Worth? We Investigate
Next Post: Gucci Mane Net Worth: How Vast Is the Rapper’s Fortune? »