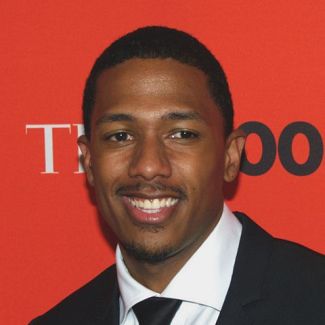 How much is Nick Cannon worth? As one of America’s most popular entertainers, Cannon managed to build quite the fortune over the years – and his popularity is only going to increase if the young entrepreneur has his way about it. For a talented performer who did not launch a career until 1998, Nick Cannon has shot up the charts in Hollywood and has become one of the most successful showmen in business today. But how much is he making in 2019? Read on as we try to tally up his earnings.

Nick has always been a performer. He started his stand-up comedy career when he was only eleven years old, on his father’s cable access TV show. He also formed a teenage rap group that was named Da G4 Dope Bomb Squad. They became moderately successful, opening for several big shot entertainers. Cannon’s self-titled debut album was released in 2003 and included the single Your Pops Don’t Like Me (I Really Don’t Like This Dude).

Nick’s big break financially came when he landed a role on Nickelodeon’s popular series All That. He parlayed that success into a leading role in the movie Drumline. At this point in time, it became common to ask how much is Nick Cannon worth, since he was so successful from an early age. He was already showing promise as one of his generation’s most dynamic and charismatic television personalities.

Expansion of the Nick Cannon Empire

In 2005, Nick began to earn money as a host on MTV’s Wild ‘N Out. This exposed Cannon to a more mature TV audience and increased the star’s earning potential. 2005 was also the year when he started his own producing label under the name of Can I Ball Records.

Next, 2009 saw Nick’s rise to prime time continue when he became the host of America’s Got Talent, where it is reported that he used to earn a whopping $70,000 per episode. The same year saw Nick host the HALO awards with the likes of powerhouse celebrities like Justin Timberlake, LeBron James, Kelly Rowland, and Alicia Keys. To figure out how much is Nick Cannon worth, one only has to follow his rise to the top and crunch the impressive numbers. He hosted America’s Got Talent until 2017, after which fans could catch him on Lip Sync Battle Shorties.

On the music side, the entertainer continued to release new material. Cannon created a parody of Slick Rick which he called Slick Nick and he went on to release two songs under this persona. In 2013, Cannon premiered a new single, Me Sexy, and announced that he was working on a new album, White People Party Music, which came out a year later. Furthermore, Cannon also appeared in several movies, including Love Don’t Cost a Thing, Chi-Raq, and Roll Bounce.

While Nick Cannon tries to lead a fairly private life, we can list several major purchases that he made over the years:

In 2019, Nick Cannon’s net worth is estimated to be around $50 million. Besides his hosting duties and music career, the entertainer is also a successful entrepreneur. He is the chairman of TeenNick for Nickelodeon and has signed a deal with NBCUniversal to produce material for the network. Moreover, Cannon was named as Chief Creative Officer for the now-defunct RadioShack back in 2015. Cannon also attacked the radio waves, managing to build a successful radio career as the host of several morning shows.

You might know Nick Cannon as a result of his tumultuous relationship with superstar Mariah Carey. The two got married in 2008 and have two children together. The pair got divorced back in 2016. Since then, Cannon had a brief relationship with Brittany Bell. The two have a son. As of 2019, fresh rumors of his reconciliation with Mariah Carey started to surface, so the power couple might be heading for a vow renewal somewhere down the road.

Besides his blossoming career, Cannon is also a passionate activist. He can be seen as a celebrity spokesperson for the annual national food drive hosted by the National Association of Letter Carriers.

What Is Nick Cannon Up to Now?

The future seems bright for Nick Cannon. He is currently hosting The Masked Singer, a wildly successful American reality singing competition television series that features celebrities singing in head-to-toe costumes and face masks which conceal their identities. The show premiered in 2019 and was renewed for two more seasons, with the next scheduled to drop in fall 2019. If he keeps up the good work, the star’s overall net worth will only become more impressive in the years to come.