Martin Luther King Jr. may have been the most impactful person to help alter the plight of over a century of ethnic atrocities across the United States of America. Over a half-century after his death, people astute to the issues of racial equality in American should ask what did Martin Luther King Jr. accomplish. Here is a list of some of these accomplishments, his background, and education, plus how his influential legacy lives on today.

1. Letter to Editor – The Atlanta Constitution

During his sophomore year attending College, King wrote a letter to the editor of Atlanta’s largest newspaper, The Constitution. This letter is the first documentation of his ideology that black people should be entitled to the same basic rights as others.

The motivation behind the letter is still unclear. However, it closely followed the racially driven murder of two black couples in Georgia. The letter addressed an unspoken controversy that racial equality somehow meant to advocate interracial marriage.

His letter challenged a century-old premise that denied rights and opportunities to African-Americans. While it may seem inconsequential when discussing what did Martin Luther King Jr. accomplish it set the tone for his trademark peaceful method of activism.

2. The Montgomery Improvement Association and the Bus Boycott

This year-long event was deemed by many historians to be the first large segregation focused demonstration. The Montgomery Bus Boycott started early in December 1955.

Martin Luther was still a young minister, but his ability to organize people in peaceful protest became immediately obvious. On the same day the boycott began, King was appointed the president of the Montgomery Improvement Association.

The Montgomery Improvement Association was a collective group of black pastors and local leaders. Its initial movement, the bus boycott, drew national attention to racial inequality. It also propelled King into the national limelight.

When considering the achievements of what did Martin Luther King Jr. accomplish, the Montgomery Bus Boycott began his ascent to becoming the most visibly prominent member of the American civil rights movement. King mentioned this event in his memoirs as a vital part of the civil rights initiative.

1957, was a monumental year in the list of what did Martin Luther King Jr. accomplish. As a direct result of the successful year-long bus boycott, King became the leader of the Southern Christian Leadership Conference.

The group was formed in early 1957 and expanded the civil rights initiative across the southern United States. Eventually, the cause would gain national attention through the passive leadership style of King.

Initially named the Southern Negro Leaders Conference on Transportation and Nonviolent Integration, SCLC exploded racial equality onto the national stage. The organization did not funnel its focus to any particular ideology, so it was able to entertain a number of racially diverse causes. Just a month after its formation, King was pictured on the cover of Time Magazine.

His trip later that year to Ghana in West Africa catapulted him onto the world stage. On May 17, King would present his first national speech at the Lincoln Memorial. A month later King would sit down with Vice President Richard M. Nixon. The name Martin Luther King Jr. was now recognized around the world. 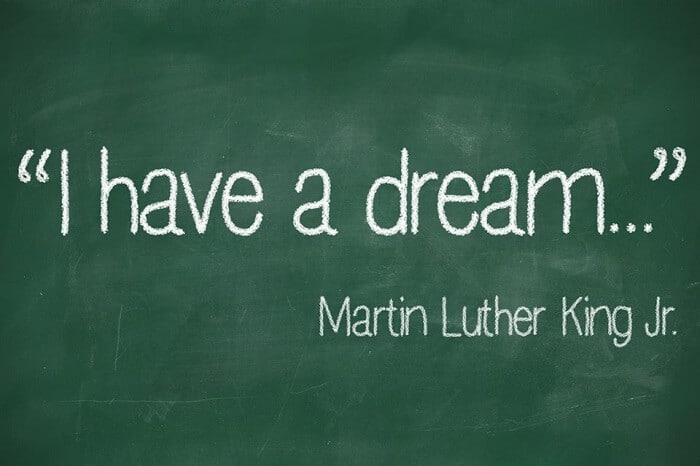 His principles and moral ideology were important to King’s accomplishments. However, an account of what did Martin Luther King Jr. accomplish must mention the foundation of his education and background.

King started his formal education at the age of six in Atlanta. Since his mother was a teacher herself, King had strong academic skills before he even started his official schooling at David T. Howard in Atlanta.

While his official educational record includes his time spent at Booker T. Washington High School in Atlanta, King didn’t actually attend during his first and last years as a high school student. He was so intelligent that he was taking college courses at 15 years of age.

In September 1944, at 15 years old, Martin Luther King Jr. started his freshman year at Morehouse College. He was immediately recognized as a brilliant young man, with a passion for learning. During his studies at Morehouse, King read David Thoreau’s “Civil Obedience”. It would dramatically impact his ideas, and he translated that impression onto a world stage.

In late 1947, King would write a letter of application to a small theological seminary outside of Philadelphia. During his study for a life in the ministry, King would blend the readings of Thoreau with the teachings of Mahatma Gandhi. This would shape his passive methods of persuasive activism, so characteristic of his life’s work.

His Bachelor of Divinity degree would give rise to the final educational achievement in the list of what did Martin Luther King Jr. accomplish. After his graduation from Crozer, King would pursue a Ph.D. at Boston University. It was during his studies in Boston he met his wife, Coretta Scott. In 1955, Martin Luther King Jr. became Dr. King.

It is almost as if his early background as a child, blended with his educational pursuits, established a perfect foundation for his life’s dream. From the earliest age, Dr. King felt compelled to try to bring a peaceful resolution to a century of violent activism.

How unfortunate it was that his march to passive awareness of racial inequality ended in violence. However, it was his method of peaceful pursuit of a passion that still presents itself as his most endearing legacy. His passion was so strong it earned him a Nobel Peace Prize in 1964.

While racial inequality still exists in parts of America today, the level of violence gradually lessened as the words of Dr. King echoed across a nation. He left his mark on religious, political and social reform, but his most endearing legacy is the peaceful compassion for all humanity that defined his life. 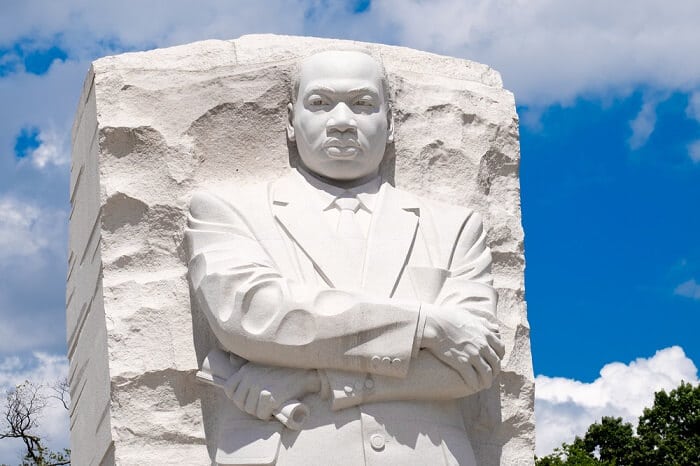 Martin Luther King Jr. inspired a nation to work towards a peaceful solution to a terrible problem. The influential aura of his methods still touches the lives of millions of everyday people. His life also inspired individual people to take up the march after his death.

King’s influence motivated Chicago man to pursue the highest governmental position in the country. Former President Barrack Obama credits Dr. King with being the single-most motivating force behind his life.

Brooks grew up in New York and Boston, so he did not experience the harshness of segregation until he chose to move to Mississippi after hearing King’s famous 1964 “I Have a Dream” speech in Washington D.C. Brooks spent the rest of his life dedicated to racial activism using the same passive model of Dr. King. He noted that there is a vast difference between a racially equal society and one that finally reaches colorblindness.

Conyers began his service in the House of Representatives during the prime of Dr. King’s life. Years after King’s assassination, Conyers would found the Congressional Black Caucus. While it took over 15 years, Conyers finally gained congressional approval for King’s birthday in January to become a national holiday in his memory.

Records have indicated that Dr. King was under scrupulous secret surveillance during most of his later life. It took decades before the real meaning of his work could be appreciated. By all historical accounts, King was a complex man, yet he seemed lost on the immenseness of his ideals.

He was so rooted in passive compassion that he never could understand why some seemed so inclined to try to ignite what was a peaceful message with violent acts. His assassination in 1969 did not silence his message. The words of Dr. Martin Luther King Jr. live on over a half-century later, in the acts of those who still try to peacefully resolve the racial inequality that still troubles America.

What Is the Purpose of a Cover Letter? Everything You Need to Know

How Much Is Kandi Burruss Worth?
Previous Post: « Julia Louis-Dreyfus Net Worth 2018
Next Post: What Did Barack Obama Accomplish? »