Many know him as one of the Founding Fathers of America, but what did Thomas Jefferson do in the rest of the time? Of course, developing the document that made America what it is today is more than enough to earn everyone’s admiration and to ensure his name will remain as one of the most resounding in American and universal history books, but the fact is, Thomas Jefferson was an upstanding citizen and politician all throughout. 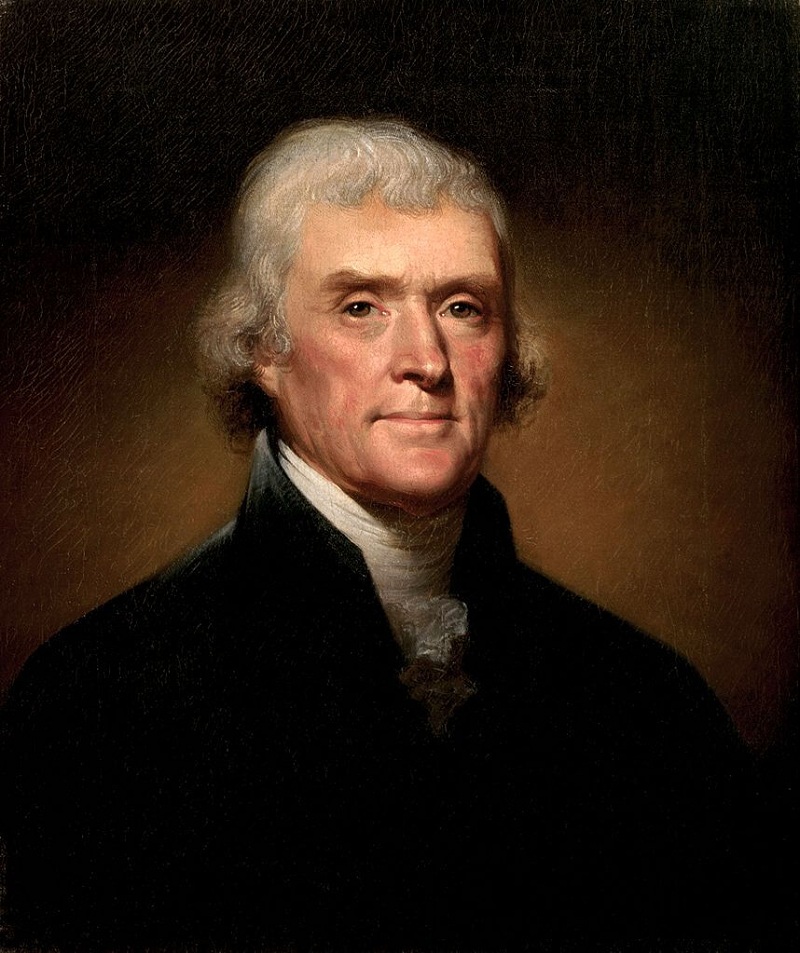 If you’re wandering what did Thomas Jefferson do that you benefit from today, here are some of his achievements that impacted the US history from the least known to the most popular:

What Did Thomas Jefferson Do for Our Nation?

The effects of his actions shaped America’s economy, education, and judiciary system in ways that surpass our expectations.

What Did Thomas Jefferson Do for the National Debt?

When Thomas Jefferson first assumed the presidential office he faced a $83 million national debt. After only two terms, he managed to reduce it to $57 million by eliminating the excises for whiskey and other taxes, reducing the number of offices, employees, and other unnecessary expenses at the time, like a big part of the Navy. Given it was peacetime, one fleet of gunboats could be used as a defense line.

As state legislator and governor of Virginia, Thomas Jefferson received the task of revising the state’s laws and drafted over 120 bills in the three years. Most of them were improved land ownership or the judicial system overall while others supported education, but the biggest change in the way society works came from abolishing the firstborn son’s right to his parents’ entire inheritance.

In 1800, Spanish ceded Louisiana to France, a cause of great concern for Thomas Jefferson since this posed a threat to all the Northern American continent, including shipping on the Mississippi River. Fortunately, Napoleon was in the meantime concerned that funds for their wars in Europe were scarce and would have gladly accepted $10 million for New Orleans and other areas from the coast (roughly 40,000 square miles) which James Monroe and Robert Livingston asked for, following Thomas Jefferson’s advice.

However, Napoleon did something even better: a counteroffer for 827,987 square miles for only $15 million. This not only doubled the country’s territory but also provided enough fertile land for it to become self-sufficient and give up disadvantaging trades with other countries.

Main Drafter of the Declaration of Independence

Thomas Jefferson is considered the primary author of this fate-changing act. He was chosen by other members of the Committee to write the first draft of the Declaration after Adams convinced them he was the right candidate. After a few small adjustments, the final draft was introduced to Congress. 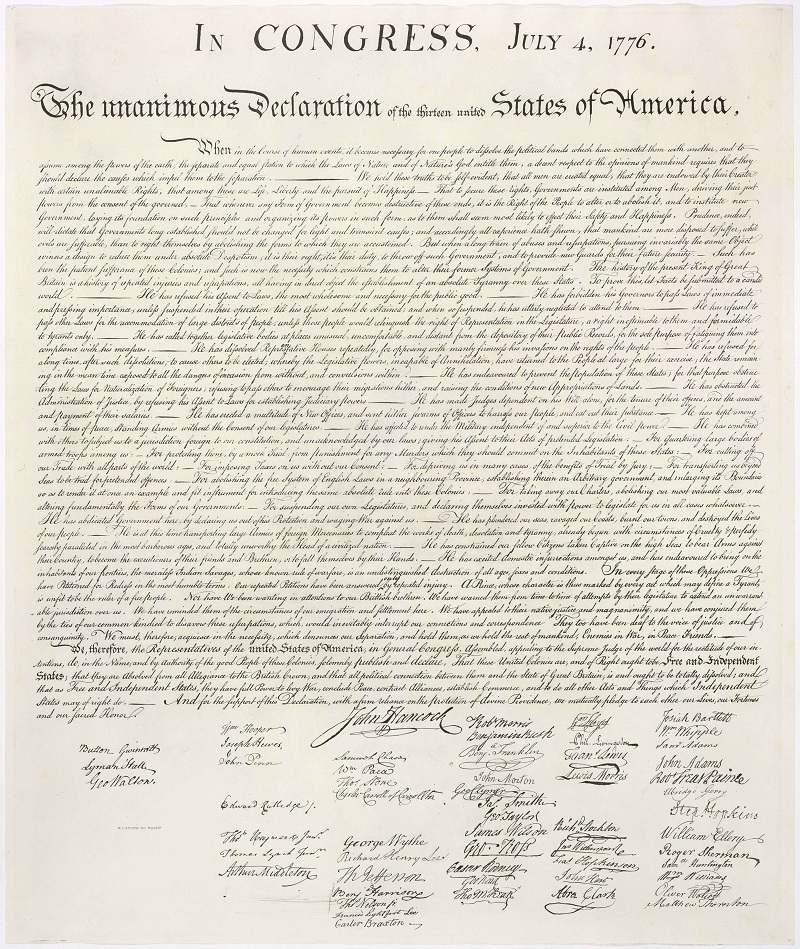 What did Thomas Jefferson Do for the Slaves?

During his early career, when practicing law after being admitted to the bar in 1767, Thomas Jefferson took 7 cases of slaves that wanted to regain their freedom and even waived the fee for one of his clients. Although they did not win the case, Thomas Jefferson offered a financial consolation for his client, who later used it to escape from his master. He also tried to reform many principles of slavery, including giving masters the opportunity to emancipate their slaves.

As a chairman of Committees, Jefferson tried to ban slavery through an ordinance, initiative that was rejected by the Congress. However, after slight modifications, these provisions were implemented in 1787 in the Northwest.

Although criticized by some historians for being a slave owner himself, Jefferson is defended by others saying he offered good working conditions and excused by the huge personal debt he acquired from her wife’s inheritance. 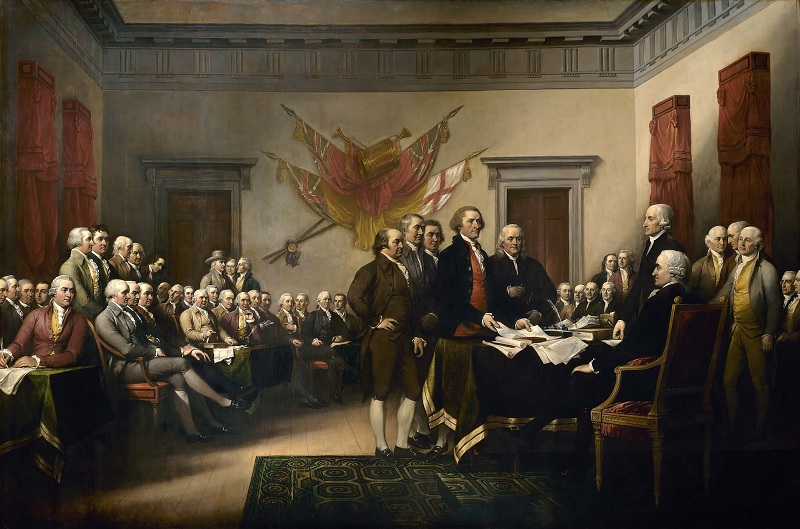 What Did Thomas Jefferson Do for Education?

After his second presidential term, Jefferson dedicated his life to education. He sold the impressive book collection to the Library of Congress and founded the University of Virginia.

Jefferson wanted to create an educational system completely uninfluenced by the power of the church. This would offer a wider selection of areas for aspiring students to specialize in. He strongly believed education should be publicly funded and accessible to youth based on their intellectual abilities, not financial ones. At 76 years old, Thomas Jefferson founded the University of Virginia and made use of his architectural skills to personally design the building.

Although Thomas Jefferson had a huge impact on the way America sees politics, religion, education, and racial differences, his greatest achievements can surely be credited to his ability to formulate and express ideas. He was the one who voiced what a whole nation did not know they needed in a clear and calculated manner. He elegantly integrated his knowledge of history, philosophy, and foreign languages in his day to day life and made law writing an art. His phrase “All men are created equal” stands as evidence of his politically correct way of thinking and is worldwide known for changing the way people see other people.

When Referring to Student Loans What is a Grace Period?

What’s the Difference Between a Credit Score and Credit Report?

What Were the Worst Dictators in History?
Previous Post: « Fox as a Pet: the Legal and Fun Stuff
Next Post: What is Victoria Beckham Net Worth? »