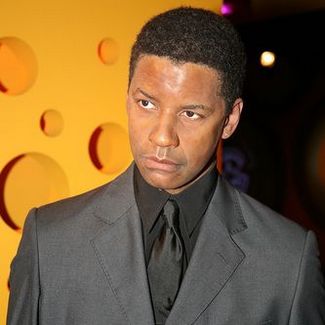 As a notable American actor, Denzel Washington has appeared in many blockbusters over the years. Moreover, he has worked as a director, producer, and screenwriter as well, further boosting his net worth. Few actors manage to command the screen in the same way Washington does, basically guaranteeing that every movie he gets involved with becomes a box office hit and a critical darling. As a result, there’s no wonder that his bank account is a reflection of his undeniable skill. But how much is Denzel Washington worth in 2019? Let’s assess his many accomplishments and crunch the numbers.

The actor, screenwriter, producer, and director was born in the metro region of New York. His father was a Pentecostal minister, while his mother worked at her own beauty salon. Washington earned a full scholarship to the American Conservatory Theater in San Francisco after receiving his B.A. from Fordham University. He stayed there for one year, after which he headed back to New York in order to pursue a professional acting career.

His rise to the top involved a slow and arduous process. Washington worked his way through small films and various television roles. His big break came with a role on popular TV show St. Elsewhere, where he starred as Dr. Phillip Chandler. During his time on the series, Washington also appeared in productions like A Soldier’s Story, Hard Lessons, and Power. These were followed by Cry Freedom, which got him a nomination for the Academy Award for Best Supporting Actor. Another nomination followed for Glory, where Washington plays an ex-slave soldier. This time, he won.

The actor’s career continued to reach new heights in the ‘90s. One of his most critically acclaimed roles of his career was as the title character in the 1992 film Malcolm X. Next, he played the lawyer of a gay man with AIDS in the acclaimed 1993 film Philadelphia. Other amazing parts followed, including in Courage Under Fire, The Preacher’s Wife, He Got Game, The Hurricane, and The Bone Collector. Obviously, we can’t talk about how much is Denzel Washington worth without listing his many mesmerizing performances.

Denzel Washington: 2000 and Beyond

What followed was a fruitful decade for the actor – and the Denzel Washington net worth as well. He won the Golden Globe Award for Best Actor – Motion Picture Drama for his work in The Hurricane, which made him the first black actor to win the award since Sidney Poitier. Washington also won an Oscar for the 2001 cop thriller Training Day. In 2002, he directed his first film, the drama Antwone Fisher, which was well-received by critics. Over the next few years, Washington continued to appear in successful flicks like Out of Time, Man on Fire, The Manchurian Candidate, Inside Man, Déjà Vu, American Gangster, The Great Debaters, and The Taking of Pelham 123.

Despite his obvious love for the big screen, Washington also did theater, appearing in productions like Julius Caesar, Fences, and A Raisin in the Sun. He continues to do so to this day. In 2018, he starred in a Broadway revival of Eugene O’Neill’s The Iceman Cometh.

As for other movie roles, Washington seems to know what the audience wants to see and has a knack for choosing parts that perfectly showcase his tremendous acting chops. Since 2010, he appeared in numerous popular titles, including The Book of Eli, Fight, Safe House, and 2 Guns. We’d be remiss if we wouldn’t single out his performance in The Equalizer, an action thriller film released in 2016, which was a box office his and earned Washington plenty of praise. So much so that he also starred in the movie’s sequel in 2018. The star’s ability to draw a crowd dramatically contributes to how much is Denzel Washington worth in 2019.

In 2016, he starred in The Magnificent Seven, followed by Fences – which he also directed. The latter brought Washington another nomination in the Best Actor category for a Golden Globe Award and an Academy Award. In 2017, the star appeared in Roman J. Israel, Esq., which proved to be equally acclaimed.

So How Much Is Denzel Washington Worth in 2019?

Thanks to his fantastic career, the actor has a cushy bank account. In 2019, the Denzel Washington net worth is estimated to be at around $220 million. Unlike other actors, Washington seems set to focus solely on his acting career and didn’t branch out to start a plethora of businesses. The only exception is his production company, Mundy Lane Entertainment.

Though these prior awards and movies mentioned were substantial, his rise to both fame and financial prominence came as a gradual step by step process. He’s constantly among Forbes’ highest-paid actors’ lists, and the box office earnings of his flicks are the stuff of every producer’s dreams, which gives him leverage to ask for a high salary. Just take a look at the list below.

Washington married Pauletta Pearson back in 1985. The couple has four children together, all of whom have some connection to the art world. One of them, Olivia, played a role in the movie The Butler, which was released in 2013.

The actor is also a passionate activist. He has been the national spokesperson for Boys & Girls Clubs of America since 1993 and made donations of millions of dollars to charitable organizations like Nelson Mandela’s Children’s Fund and the Fisher House Foundation. Any discussion about how much is Denzel Washington worth would be pointless without mentioning the actor’s many charitable contributions. While his fortune may be vast, he never shies away from sharing it with those less fortunate.

What Is He Up to Now?

As of 2019, Denzel Washington is showing no signs of slowing down. He will star alongside Frances McDormand in Macbeth, an adaptation of the Shakespeare play directed by Joel Coen. Moreover, he is rumored to appear in The Little Things, a movie that follows two cops as they track down a serial killer, with Rami Malek. All in all, the actor’s career is moving forward at an accelerated pace, which is impressive after four decades in the business.

How Much Is Eminem Worth?
Previous Post: « Wiz Khalifa Net Worth: How Much Does the Superstar Make?
Next Post: Fun Facts About Florida That You Probably Did Not Know »