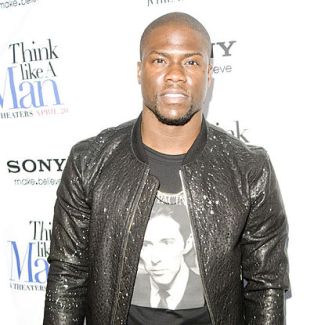 A successful actor, comedian, and producer, Kevin Hart has been around for a while, gathering an impressive fan base from all over the world. Even better, he knows how to leverage his fame, building a solid fortune in the process. But since we can’t utter the phrase Kevin Hart net worth without talking about the celeb’s many accomplishments, let’s take a quick look at his humble beginnings and quick rise to worldwide popularity.

Kevin Hart: How It All Began

Hart started his career as a stand-up comedian. Like many who dabbled their feet into the trade, he experienced a rough beginning, making little if anything at all from his comedy gigs. It all changed after he won a few amateur competitions and caught the eye of Judd Apatow, who gave him his first TV gig in 2002 – a role on the sitcom Undeclared. Thankfully, it all went uphill from there.

Soon after his breakthrough in television, Hart started acting in films, further cementing his celebrity. Since the early 2000s, the actor has appeared in several successful flicks like Scary Movie 3, The 40-Year-Old Virgin, Little Fockers, Ride Along, and more. Though a burgeoning movie star, Hart stuck with his comedy career as well, touring around the country and releasing comedy albums, specials, and DVDs year after year. This proved to be a financially smart move, as the star’s comedy releases have considerably boosted his wealth.

Kevin Hart Net Worth: How Rich Is the Star?

Hart is one of the world’s highest paid comedians, so there’s no wonder people are curious about how much he makes. Google the phrase Kevin Hart net worth, though, and you’ll get many conflicting results. According to Forbes, the star had a fortune of $32,500,000 back in 2017. In the comedy world, he was surpassed only by true legends like Dave Chapelle, Chris Rock, and Jerry Seinfeld. Much of Hart’s income comes from his comedy tours and stand-up specials. He grossed over $15 million from 2011’s Laugh At My Pain alone. It was one of the year’s highest-earning comedy performances. Kevin Hart has experienced financial success with his movie career as well, starring in Ride Along, which holds the record for the highest January weekend domestic opening.

In 2018, the number next to the phrase Kevin Hart net worth jumped to $57M. That’s mainly thanks to its comedy tour Kevin Hart: The Irresponsible Tour, which sold over 1 million tickets. At the same time, his remake of Jumanji grossed nearly $1 billion worldwide. Things can only get better, since the celebrity has plenty of exciting projects in the works.

Hart was born in 1979 in Philadelphia, Pennsylvania. He was raised by his mother and has one older brother, Robert. His father was a cocaine addict who spent a lot of time in jail during Hart’s childhood. That’s one of the reasons why he started to use humor as a way to cope with his stressful life.

He briefly attended college but dropped out. Eventually, he moved to Massachusetts, where he worked as a shoe salesman before discovering his passion for stand-up comedy. While he started small, he soon began to eye bigger comedy clubs in Los Angeles and New York.

The comedian married Torrie Hard in 2003. The couple has two children together, but they eventually got divorced. In 2016, Hart married model Eniko Parrish. The two have a son. Hart and Parrish have had a tumultuous marriage, especially after Hart publicly admitted to cheating on her while she was pregnant with their son. They seem to have come a long way since then, however, and are currently enjoying a happy home life.

A lot of successful projects contributed to Hart earning his fortune. While 2011’s Laugh at My Pain tour turned Hart into a full-fledged star, he kept releasing new material ever since – more recently Let Me Explain in 2013 and What Now? In 2016. His first Netflix comedy special, Kevin Hart: Irresponsible, debuted earlier in 2019.

On the film front, Jumanji: Welcome to the Jungle was a worldwide hit. Moreover, Hart also starred in successful titles like Night School, Get Hard, Central Intelligence, and The Secret Life of Pets 2. A Jumanji sequel is currently in the works.

As for miscellaneous projects, the star released a music album, hosted a few awards shows, and runs a streaming service called Laugh Out Loud. All in all, he is clearly one of the hardest-working entertainers in the industry, and fans seem to love him. Hart won a People’s Choice Award for The Comedy Act of 2018.

As with the majority of celebrities out there, most of the Kevin Hart net worth heavy lifting is made by a combo of multiple endeavors, with a focus on comedy and film. If you’re looking to follow into his footsteps, you’ll likely have to learn how to hustle. Until then, we’re always eager to see how Hart plans to make us laugh next.

What Is Madonna Net Worth?
Previous Post: « What Is the Highest Military Rank Achieved By A Dog?
Next Post: Ellen DeGeneres Net Worth – How Much Does the Comedy Icon Make? »